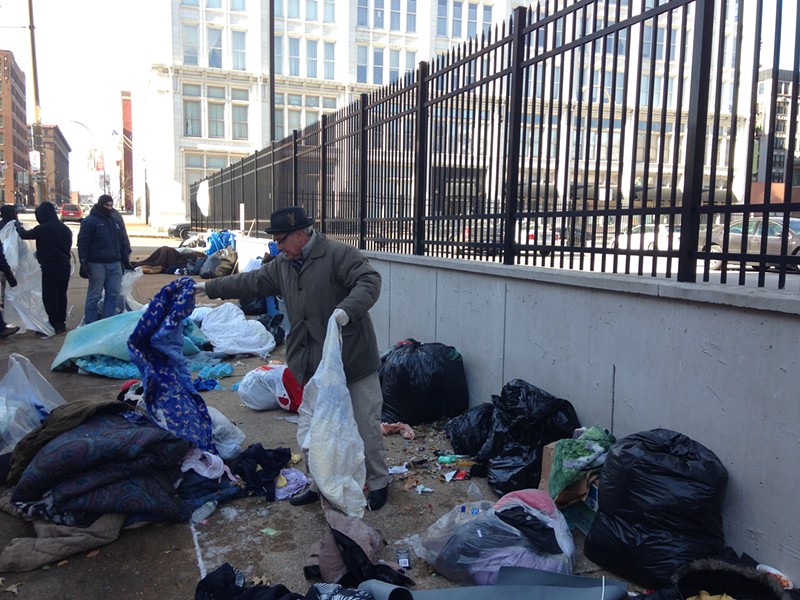 City workers on Wednesday hauled away blankets and clothing from a homeless encampment in downtown.

Wearing rubber gloves, he helped sort through the piles, leaving luggage and other belongings as he separated out comforters, sheets and blankets soaked by recently melted snow. Workers packed those items in clear plastic bags bound for a city storage facility. Roth says people will have 30 days to call Human Services at 314-657-1704 and claim any of the seized belongings.

The encampments, long a point of contention between New Life and neighbors, were the epicenter of a recent rash of synthetic marijuana or K2 overdoses, authorities say. The center's founder, the Rev. Larry Rice, has said the city unfairly linked the encampments and the overdoses to New Life as a way to push his organization out of the gentrifying neighborhood.

The controversy was the subject of a cover story last month in the Riverfront Times.

Few people were around Wednesday during the mid-day operation. Workers picked their way around a man sleeping under a pile of blankets and paused while a young woman pointed out possessions she wished to keep.

"Thank you for cleaning this up," she said.

Roth says many of the homeless have moved into shelters during the recent cold snap. Much of what was left behind was dropped off by a steady stream of well-meaning people, but the blankets and clothing get wet and become a hazard, he says.

"There is an unending amount of stuff," Roth says.

The city had previously ordered New Life to shut down by December 9, citing the center's lack of permits. Rice has said the order infringes on New Life's religious freedom and has vowed to fight it through the courts. 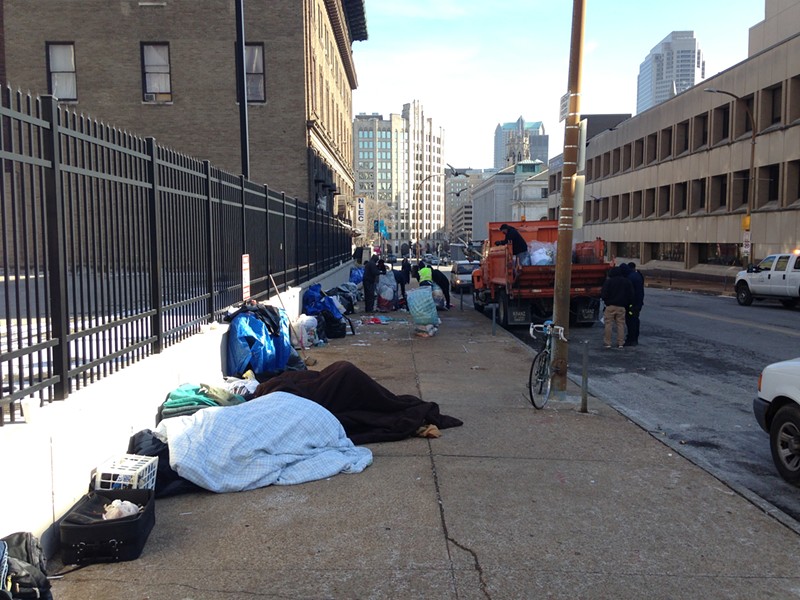