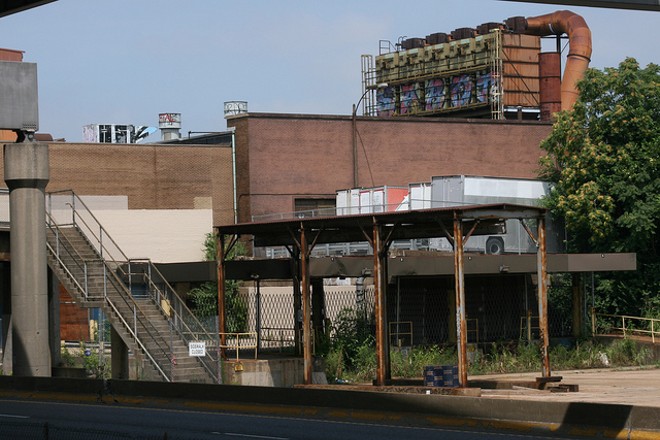 The former school board member who represented the St. Louis public schools on the city's Tax Increment Financing Commission — and who recently opposed a high-profile tax incentive package for the developer of Midtown's City Foundry — has been removed from the commission.

David L. Jackson Jr. says he was informed yesterday that the special administrative board of the school district had voted unanimously on Tuesday not to reappoint him.

Jackson says that Rick Sullivan, president of the special administrative board, told him that "the decision was made to change all members of the City Boards." But, he says, that decision made no sense: The other school board seat on the TIF Commission has been vacant for more than a year.

Jackson suggests instead that his opposition to the City Foundry tax deal was the catalyst for his dismissal. He believes that his advocacy against the developer's sizable request — which, counting federal, state and city incentives, totaled more than 50 percent of the project's cost — "did not sit well with the St. Louis Development Corporation or the Mayor's Office."

In fact, after the November meeting where he raised his concerns, he says he heard directly from Otis Williams, the executive director of the St. Louis Development Corporation. "He was somewhat upset," Jackson says. "I explained my point of view, and he extended an opportunity to continue the opportunity at a later date. That's what I was hoping to do."

Instead, he got a call from Sullivan yesterday saying the school board was not reappointing him. When he pressed Sullivan, he says, Sullivan stated again and again, "We need our people on there" and "we need people we can control."

Jackson says he also called board member Rick Gaines, whom he considers a friend, and that Gaines used the same language — that the board needed a person they "could control."
Says Jackson, "It just doesn't make any sense to get penalized from the same people you're trying to help." After all, tax breaks take money away from the schools — one reason he's fought to limit their use. "They should have been ecstatic!" he says.

Sullivan, who is also the CEO of the transitional school district, did not respond to a message seeking comment this morning. No one answered the phone number for the special administrative board, and there was no way to leave a message for its other two members.

Maggie Crane, a spokeswoman for Mayor Francis Slay, said Slay's office had no role in the decision: "The Mayor's Office has nothing to do with his removal. Any allegation to the contrary is just false."

The TIF commission weighs tax incentive financing requests, which are in essence tax breaks given to large development projects. Its recommendation then goes to the Board of Aldermen. Jackson is one of nine members when all seats are filled.

He served on the commission from 2007 to 2009 before losing his appointment around the time of Paul McKee's request for tax breaks for his Northside project. In 2010 he was reappointed, and has served ever since.

All along, he says, he's been concerned by the way tax breaks for big developments mean less money for the city's public schools — a concern that led to his actions in November. At the TIF commission meeting, Jackson spoke up against the giant tax deal sought by the Lawrence Group, which hopes to develop Midtown's Federal Mogul site into a project called City Foundry.

And while the TIF commission approved the Lawrence Group's request for $19.4 million in tax increment financing, Jackson had led the way with a resolution opposing an additional tax abatement sought by the developers. The motion passed 3-2, according to the St. Louis Post-Dispatch.

The resolution was strictly advisory, since the abatement was not under the commission's purview, but it led to the developer scaling back its tax abatement request from 25 to 15 years.

Even with that reduction, the size of the drew some concerns from the Board of Aldermen last Friday. “Voting for this bill is a vote to actively hurt other parts of the city,” said Alderman Scott Ogilvie, according to the Post-Dispatch. However, the deal appears poised for passage.

A group of progressives has recently begun to publicly challenge such large incentive deals. Its new web presentation, launched earlier this week, delves into the St. Louis Development Corporation — and notes certain business relationships between its members and the City Foundry developer.

Jackson says he understand the need for tax incentives, but the one requested for the City Foundry project seemed outsized.

"You don't have to give them the whole pie," he says. "You can just give them a slice of it."