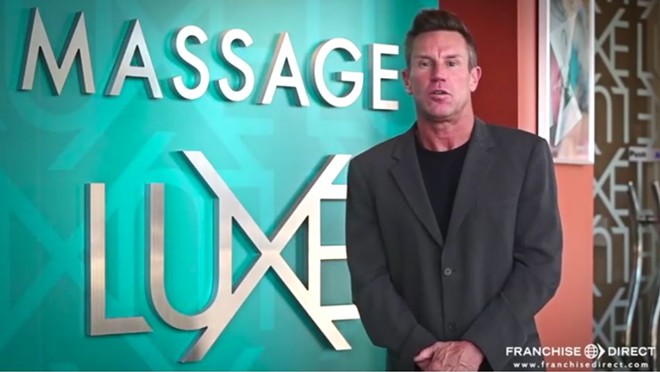 The St. Louis founder of a string of tanning salons and massage parlors pleaded not guilty on Tuesday to federal kidnapping and weapons charges.

Todd Beckman, 52, of Fenton stood next to attorney Travis Noble, Jr. during a brief appearance in front of Magistrate Judge Patricia Cohen.

Beckman and four co-defendants are accused of kidnapping a Maplewood man and holding him hostage for three days. The men allegedly pistol-whipped the man, shocked him repeatedly with a Taser and threatened to murder him, according to an indictment unsealed last week.

The men held their captive from November 21 through November 23, releasing him only after his mother paid a $27,000 ransom, authorities say.

Assistant U.S. Attorney Cristian Stevens told the judge that prosecutors expected to turn over a substantial amount of information, including arrest-day statements from some of the defendants, evidence collected from search warrants and statements from the victim and others identifying some of the suspects.

Prosecutors have filed motions to seize two properties where the Maplewood man was allegedly held — a wooded tract of land in the 900 block of Gregory Lane in Fenton that belongs to Beckman, and Blake Laubinger's home in the 400 block of Cypress Drive in Pacific.

Noble told the Riverfront Times on Monday the allegations were "out of Todd's character," given his track record as a successful businessman. Beckman's operations include a suite of fitness and vanity brands, including TanCo, MassageLuXe, Xist Fitness and LifeXist, which are now under the control of the parent company's chief operating officer.

"I think there's more to the story obviously than what meets the eye," Noble says.

Judge Cohen set a hearing schedule that will begin in early January. All five men remain are being held without bail.