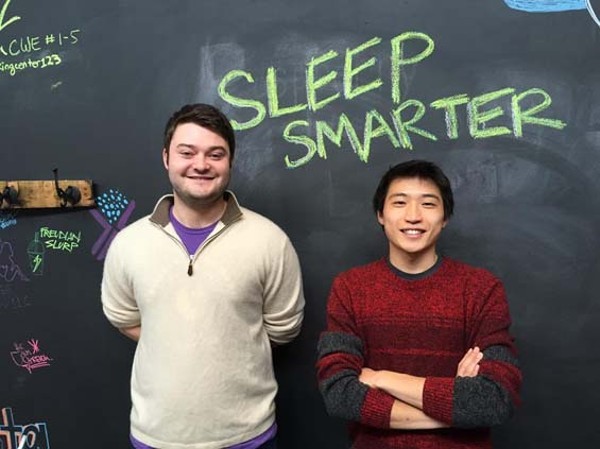 If it sounded too good to be true, maybe it was.

A St. Louis-based startup that aimed to deliver better, deeper sleep via a pillow-based pad earned a heap of positive press (including an April 2015 RFT profile) and scored a November 2015 Arch Grant. Its Kickstarter raised $94,475 — almost twice its funding goal.

Yet as of this month, one year has passed since Ultradia's deadline to deliver its Chrona devices to Kickstarter backers. Not only has nothing been shipped, but co-founder Ben Bronsther confirmed to the RFT yesterday that the devices don't yet exist.

"We did bite off a little more than we could chew," Bronsther acknowledges. "We spent a lot of money on engineering and designing a production line that never became operational. And so we were not able to deliver on our pre-orders."

Bronsther is no longer an officer with the company (his co-founder Zimin Hang is still there, he says). Yet Bronsther says that he remains "very excited about the project" and may have an update in a few weeks.

"Chrona is far from dead," he says.

A soft foam pad that slides between the pillow and pillowcase, Chrona was meant to monitor brain waves via smartphone and pulse sound waves at users. By activating those sounds during certain phases of sleep, Bronsther and Hang believed they could not only send users to a deeper sleep, but keep them there longer.

The two had met at an entrepreneurship class at Washington University and launched their company out of the TechArtista co-working space. Bronsther says they were able to successfully patent their system and get scientific validation of the device's efficacy in a few studies. And, yes, they invested a lot in the production process.

But plans to bring the early bird orders to backers by December 2015 were abandoned — and investors demanding an explanation were left hanging. The Better Business Bureau notes that its correspondence was returned with "address unknown"; at least one backer filed a complaint with the Missouri Attorney General.


I cannot say at this time that the project is dead and I have not had access to the Kickstarter community (and updates) since the time that the campaign was live for reasons that I cannot mention. I can say however that many people have put years off their lives and countless hours of hard-work in trying to bring this product to market and that I still intend on doing everything in my power and capacity as co-founder — non-officer — to salvage what is left of the company and potentially (and hopefully) deliver on all of the units that were pre-ordered. ....


At that point, a backer fired back. "Ben — WHERE IS THE MONEY? You guys took almost one hundred thousand dollars and blew it. I think you feel that you can just write it off as young, naive, poor management, etc. That's not how the real world works - you don't get to take that much money - not deliver - then walk away. WHERE IS THE MONEY?'"

I can only take responsibility for up until I was pushed off the project in Fall of 2015. With the funds received from Kickstarter we were able to patent the system and — in two separate studies — scientifically validate its claims. Much was spent on engineering, design and outsourcing production as well, even though the production line never became operational. At this point I have no formal role or authority in the company but I am doing everything in my power to put it back on the right path toward success and still remain optimistic that we will deliver the product. I hope that I will be able to provide a substantial, conclusive update as the situation develops over the coming months.


Bronsther tells the RFT he regrets leaving the investors hanging. "They have every right to be upset," he says. "There was a lack of communication from us to them." His response, he says, "is certainly not any sort of solution, but I wanted to quell their concerns a little bit."

Bronsther notes that Ultradia's team is no longer based at TechArtista, but says the company is still based in St. Louis (as required of Arch Grant recipients) even though he personally is in Virginia. An Arch Grants spokeswoman said yesterday that the company had filed its September 20, 2016, report and was still operational at that point. It isn't due to report again until April. She referred questions to Bronsther.

Doug Bernsden, a California-based backer, says he pledged $79 to the Chrona project ($86 with fees). As an "earliest bird," that should have scored him a Chrona device. He says he understands if the project never comes to fruition — but he was rankled by the company's silence. "My whole thing was just to get more information," he says.