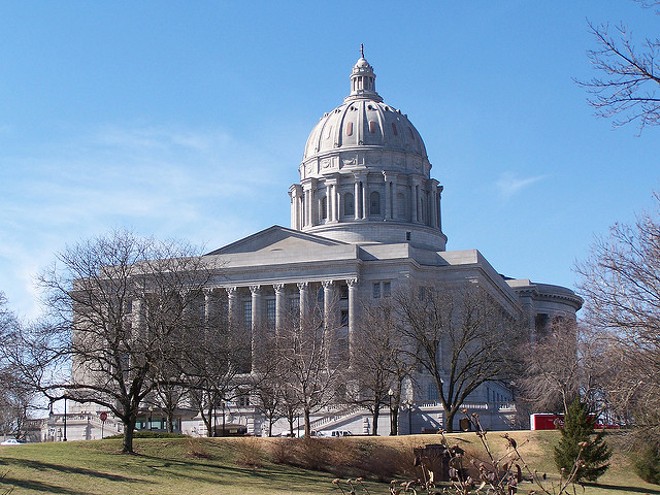 The Missouri Speaker of the House is calling for an investigation into the state Department of Corrections after a bombshell report by Kansas City's Pitch.

The alt-weekly's November 28 cover story detailed a series of claims from corrections officers and other former employees that have cost the state big money — at least $7.5 million in payouts alone from 2012 to 2016.

The story included some shocking details, including a pair of Kansas City corrections officers who believe they were stabbed and poisoned, respectively, after filing harassment complaints.

And now the Post-Dispatch reports that the bombshell expose has drawn attention in Jefferson City.


“We cannot and will not tolerate what appears to be a pervasive culture of sexual harassment that is also costing taxpayers millions of dollars. My colleagues and I will work with our new governor to ensure this kind of inappropriate behavior is not allowed within any part of our state government.”

Several lawmakers tasked with oversight of the state's prison system told the P-D they had no idea about the payouts because they didn't come from the Department of Corrections budget. That's something reporter Karen Dillon had also noted in her original story in the Pitch.


Johnson said that the Missouri Attorney General’s office, saddled with defending the Department of Corrections in every such lawsuit, has mishandled the escalating number of cases in which large damages have been awarded.

“These giant judgments are simply because the AG’s office didn’t come to the DOC and say, ‘What are you guys doing? Why are we having all these cases?’ ” Johnson says. “They have a big pot of money [in the general fund] to defend themselves. As long as it doesn’t come out of the DOC budget, why should the DOC care?”

A spokesman for Attorney General Chris Koster declined comment to the Post-Dispatch. Governor Jay Nixon told the paper he was not prepared to speak on the matter either, saying he was "just not aware of the specifics."

Both men, of course, are lame ducks at this point. It will be interesting to see if their successors — newly elected Attorney General Chris Hawley and Governor Eric Greitens — have the stomach to tackle what's become a costly problem.