Racist Fliers Found Outside Black Student's Dorm at Webster U. 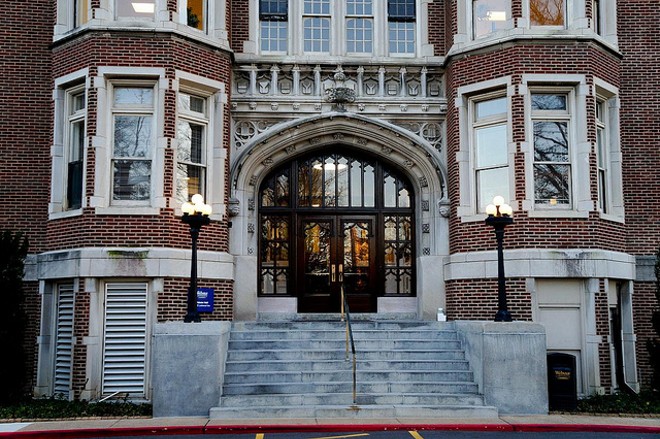 A Webster University custodian found hundreds of racist and homophobic fliers on the floor outside of a black student's dorm room on Wednesday morning, according to the Associated Press.

The custodian reportedly gathered the fliers and alerted the university officials before the student saw them. Webster is currently investigating the incident as a hate crime, examining both security footage and guest logs. According to a statement originally published in the Webster Journal, the University’s Dean of Students Office and Department of Public Safety have launched an investigation.

"If the investigation reveals that a student is responsible for the flyers, that student could face a judicial affairs hearing. Employees are reviewing guest logs and security cameras from the residential hall to see if any clues about the perpetrator turn up.”

Patrick Giblin, Director of Public Relations at Webster, reportedly noted that although some of the fliers had racist and homophobic messages, most referred to a personal dispute with the targeted student.

This incident comes in close timing with other area hate crimes, including vandalism at a St. Charles middle school with sexist, racial and political messages such as "Build that wall" and "Hail Satan." Earlier in November, more than 100 Ladue Horton Watkins High students walked out in protest after a series of racially charged incidents.