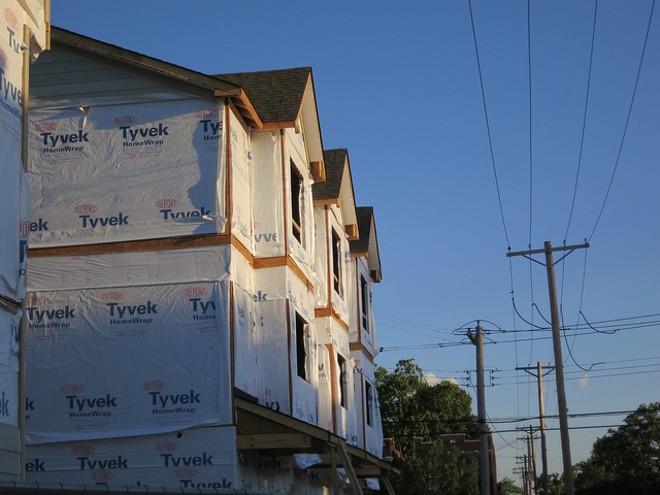 If the St. Louis housing market feels increasingly frenetic, that's not just in your head: the metro area's home sales just scored No. 1 in the nation on two different metrics.

Further proof those experts who said St. Louis would be one of the nation's hottest real estate markets in 2016 knew what they were talking about!

And lest you want to crack jokes about people selling their homes to flee the city's problems — yes, RFT readers, we're on to you — this isn't just St. Louis proper or even just the city and county being surveyed. The area in the tracker includes St. Charles County, Warren County, Jefferson County and some parts of the Metro East.

But here's the thing. Because of the way those two factors interact, home prices have stayed stable. They're up just 0.3 percent, according to Redfin, the national real estate brokerage tracking these numbers. That's not great news for sellers, but for buyers, it keeps this market one of the most affordable in the nation.

Tamika Evans, a Redfin real estate agent, tells the RFT that even if the market is overall full of bargains, it doesn't feel like that way in some communities.

"Areas in the Webster, Kirkwood and Ballwin, for example, are seeing homes going under contract within a week of hitting the market," she says. "For buyers looking in those areas, it doesn’t feel like there are more homes on the market — in fact, buyers need to tour homes the day they list. And there are a lot of buyers, so even though sales and inventory may be up broadly, it doesn’t mean the competition for homes has gotten much better."

And so, if you're thinking about selling, now may be a good time to hop in, Evans says.

"Even with more homes on the market and more sales, there still aren’t enough homes for many buyers to choose from," she says. "If more people are comfortable with the housing market and list their home for sale, that would increase selection for buyers and make the market a little more balanced. Right now, it’s still very competitive among buyers and overall a seller’s market. Ideally, we want something that’s balanced."