Missouri to Pay $9 Million to Family of Brandon Ellingson, Who Drowned in Police Custody

The family of a young Iowan who drowned in the custody of the Missouri Highway Patrol will be paid $9 million by the state of Missouri. Brandon Ellingson drowned in the Lake of the Ozarks in May 2014 after being handcuffed on a boat by police — an incident that was the focus of a 2015 RFT cover story.

As the RFT reported, Trooper Anthony Piercy stopped Ellingson's family boat, which the 20-year-old was operating, after seeing a Bud Light can thrown in the water. Piercy placed Ellingson in cuffs, pulled a life vest over his shoulders, and was taking him to shore on suspicion of boating while intoxicated when the trooper's boat apparently hit a patch of wake. As Ellingson was thrown into the water, his life jacket slipped off. Ellingson drowned. 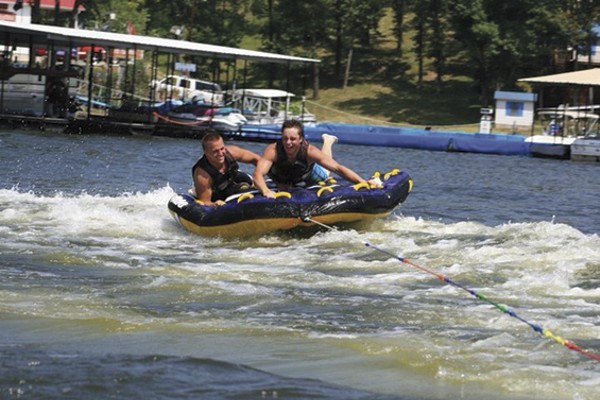 Ellingson's family filed a lawsuit in federal court, arguing that the trooper was negligent in his duties and that the life jacket was improperly secured. The state of Missouri reached a settlement with the family to the tune of $9 million this week.

"That's a sizable amount of money and it shows they were at fault," Brandon's father, Craig Ellingson, told the Post-Dispatch. "The money was way less than what we wanted, and no amount of money was ever going to bring Brandon back."

Piercy also has a criminal case to contend with, as he has been charged with involuntary manslaughter. Piercy's next court date in that case will be Monday. He is currently on unpaid administrative leave.

In their federal suit, the Ellingson family alleged that the Missouri State Highway Patrol had tried to cover up the incident, instead blaming Brandon himself. A sergeant who spoke out about the case found himself demoted and transferred. He reported that Trooper Piercy had admitted to going faster than what he later told authorities — and using the wrong type of life vest.

"Probably seven years or so," she told the Post-Dispatch on Thursday. "There's so many good cops, but these in Missouri just lied to cover up their lies."