A St. Louis sex offender who remade himself as a high-end wine consultant is facing criminal charges of selling liquor without a license.

Marc Lazar, 39, was arrested last week by city cops, who claim he made illegal sales on October 17 and November 9, according to court records.

Lazar, who lives on Pershing Place in the Central West End, is the owner of St. Louis-based Domaine Wine Storage and Cellar Advisors. He faces a pair of felonies in the case.

The news was first reported by Don Cornwell on the wine enthusiasts' site WineBeserkers. Cornwell, a Los Angeles attorney once described as "one of the world's leading wine sleuths" in a Huffington Post profile, became interested in Lazar several years ago while investigating a wine counterfeiter who allegedly distributed some of his bogus vino through Lazar's operation.

In his detailed post, Cornwell reported Lazar was arrested at his business as part of an investigation by city police, the state department of public safety and the FBI.

So why not just get a liquor license? Missouri law bars people from holding a state license unless they are "of good moral character and a qualified legal voter" in the area where they're doing business. And Lazar had legal trouble in his past: He was convicted in 2005 of statutory rape and statutory sodomy. At the time, Lazar was a 26-year-old med school student, and the victim was a 13-year-old girl, according to state records. 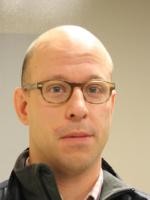 Lazar was sentenced to ten years for each count, but the sentence was suspended. Lazar served just 120 days in jail and was put on five years' probation.

In the years since, he has become a major player in the business of wine collecting.

"The cocktail-party version of what I do is, 'I'm your stock broker, your financial planner and your wealth manager for wine,'" Lazar, then 30, told the Riverfront Times in 2007.

Wine collectors depended on him to store their prized bottles at his facilities in St. Louis, New York, Chicago, Napa and Washington, D.C.

But he was also allegedly selling wine as well, which is where he ran into trouble. According to Cornwell, Lazar routed the sales through a company established by his wife and licensed in Washington, D.C., even though the actual business was conducted in St. Louis.