Campaign Finance Reform Is Coming to Missouri — But Will It Change Anything? 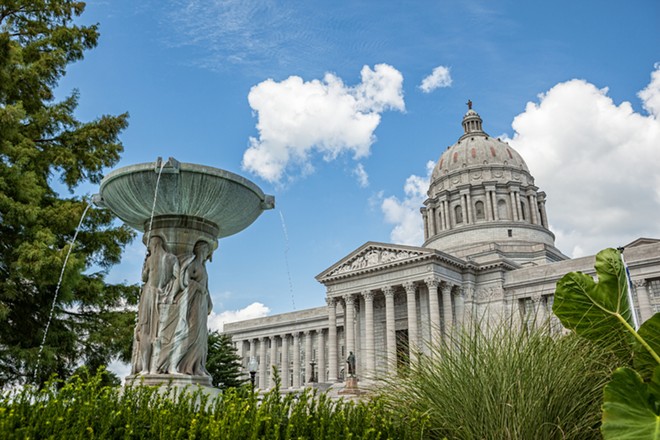 In a sea of Republican victories across Missouri, Amendment 2 might look like the one positive for progressives.

The constitutional amendment — approved overwhelming by voters last Tuesday — limits contributions to state-level political campaigns from individuals, corporations and labor unions to $2,600 per candidate and $25,000 per political party. That applies to the races for offices like governor, secretary of state, attorney general and state representative. Since 2008, the state has had no campaign finance limits.

But the question now facing state politicians and consultants alike is how much this campaign finance reform will actually change.

The amendment, also know as the “Missouri Campaign Contribution Reform Initiative” was financed by Clayton businessman Fred Sauer, who unsuccessfully ran for governor in 2012, and written by his lawyer Todd Jones. After surviving a court challenge in August, the bill has faced little organized opposition.

That may be because it won’t do much to solve the problem of money in politics.

For one thing, the enforcement agency tasked with responding to these violations, the Missouri Ethics Commission (MEC) can only do so if a formal complaint is made. Then there’s the relatively low penalty for violations.

“The statute empowers the Commission to do something like a letter of warning,” says James Klahr, head of the MEC. “The Commission can also assess a fee.”

That fee can be set at up to $1,000, or half the amount over the limit received by the campaign.

Klahr says he expects many questions about how exactly the amendment will change campaign finance, and says the MEC will likely publish guidelines on its website soon.

But the bigger reason the amendment is unlikely to transform politics is that political money in Missouri may simply take other routes.

“It’s safe to say that there are loopholes that exist even after the passage of this amendment,” says longtime Democratic operative Mike Kelley.

Kelley expects the money that would have gone directly to candidates or parties will instead become “dark money," flowing through political action committee (PACs), which spares donors from most oversight and disclosure.

Thanks to the U.S. Supreme Court's Citizens United decision, those PACs can't be stopped or silenced so long as they don't coordinate directly with candidates. So by taking big money out of individual candidate coffers, Amendment 2 may simply be opening the floodgates to massive expenditures from special interest groups or donors.

Rex Sinquefield, for example, will no longer be able to give $1 million directly to the campaign of the gubernatorial candidate of his choice — but nothing would stop him from pouring $1 million into ads supporting that person. And if federal PACs are any example, it will be harder to track which groups he's funding and what they're up to.

That has operatives worried — but they say they're less concerned about the spigot being turned off and more about the chaos it could lead to.

Says John Hancock, chairman of the Missouri Republican Party, “I think it is well intentioned, but it is not going to achieve the hopes that people have for it."

Hancock also expects money to flow through PACs, and worries that with such low limits, the political parties, which he sees as “weaker than ever," will have even less of a role to play.

Beyond that, he fears the new limits are just too low.

“If you’re going to have limits, make them substantial enough that campaigns don’t have to spend every waking moment raising money,” Hancock says.

You can read the full text of the amendment here. Political observers say the new law is also likely to face legal challenges.