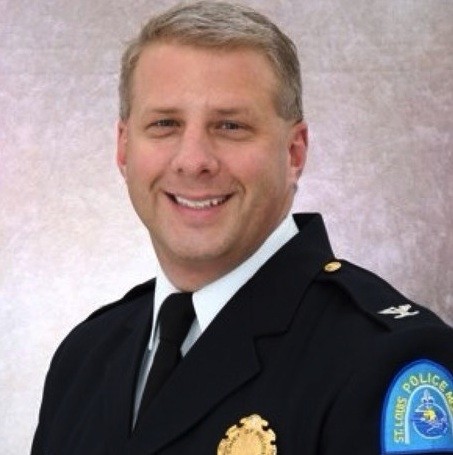 St. Louis police Chief Sam Dotson has dropped out of the mayoral race.

Dotson, who was chastised by Mayor Francis Slay when he entered the race, now says he's taken the mayor's recommendation to refocus on fighting violent crime.

"As with everyone, there will come a time when it will be time for me to walk away from my job and my service to this department," Dotson wrote in a prepared statement. "But, that time is not today."

Dotson first announced his plans to seek the office in early October. He had planned to wait until after the presidential election, but when he tipped off Slay, the mayor publicly called him out. Slay released a statement saying he wouldn't "condone a part-time police chief."

Dotson said the mayor's statement forced his hand, and he decided to announce early. He spent the following weeks defending his candidacy from rivals, including Alderman Antonio French, who insisted Dotson couldn't both run a campaign and effectively police the city. French is also running for mayor.

In this afternoon's statement, Dotson said that other events, including the death of St. Louis County Police Officer Blake Snyder and the massive security effort surrounding the presidential debate at Washington University, helped persuade him to refocus on his duties with the police department.

"After giving this a great deal of thought, I decided I could best serve my city by staying on as chief, and not running for mayor," he said. "Crime is the number one issue in our city. To combat it, we need less politics, not more."

Dotson said Slay has urged him to work to stop violent crime.

"Instead of running for mayor, Mayor Slay urged me to focus on working with him to unite our city around a comprehensive plan to reduce the violence that is so corrosive to our city," Dotson said. "This morning I told him I would."

Slay said he was pleased with the decision.

"I am very happy that Sam Dotson will stay on as Chief of Police and focus all of his time and energy on reducing crime," Slay said in a statement. "Setting aside his own ambition for the good of our City demonstrates his strong character."

Dotson, who announced the end of his candidacy at about 4 p.m., said he would be overseeing election safety tonight and unavailable for interviews.