A Ballwin police officer who faces "life-changing injuries" after he was ambushed while on duty will soon be given a new home.

Officer Mike Flamion was paralyzed in July when he was shot in the neck by 31-year-old ex-con Antonio Taylor during a routine traffic stop, according to police. Now the Gary Sinise Foundation, a national organization that lends support to veterans, first responders, defenders and their families, is leading the effort to build a smart home to accommodate the paralyzed officer and his family.

The foundation previously overhauled the home of Chris Sanna, an Army vet who was paralyzed last year when a robber shot him after a St. Louis Cardinals game.

The organization has already signed contracts on land for the new house for Flamion. It will be designed to fit his specific needs in an effort to ease the challenges of daily life and help him regain his independence.

Those wishing to donate to the cause can go to GarySiniseFoundation.org/donate and select Police Officer Michael Flamion under the "Apply your gift to" dropdown menu option. Checks made out to the Gary Sinise Foundation with a note citing Police Offier Michael Flamion as the donation recipient are also accepted via mail at Gary Sinise Foundation, PO Box 50008, Studio City, CA 91614. 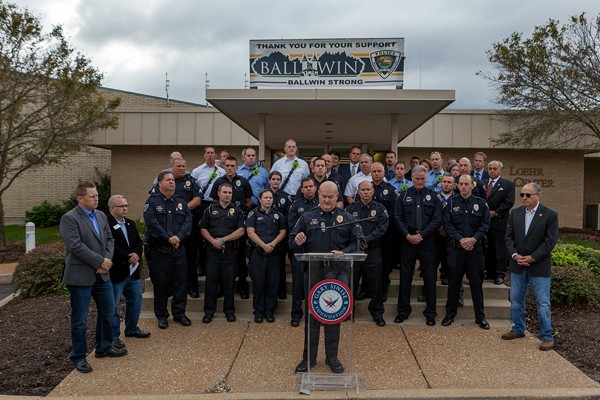