It was no bulldozer accident that killed artist and City Museum founder Bob Cassilly. It was a brutal beating, subsequently staged to look like an accident.

That's the expert opinion of Dr. Arthur Combs, a longtime physician who examined newly obtained photos of Cassilly's death scene, as well as reports written at the time of his death in 2011 by the St. Louis Medical Examiner's Office. Combs surveyed the photos and reports at the request of the sculptor's widow, Giovanna Cassilly, and her attorney Albert Watkins.

In his report, Combs zeroes in on two key things: The nature and extent of Cassilly's wounds, and the absence of blood within the cab of the bulldozer where he was found.

Cassilly's death has been blamed on an apparent bulldozer rollover. But Combs' analysis focuses on the wounds to Cassilly's body, which he concludes simply do not fit such a scenario.

Combs notes that nearly all the ribs on both sides of Cassilly's body were fractured, which could not have come from a single blow or collision. He notes "defensive injuries" on his hands and fingers as Cassilly, 61, apparently tried to fight off his assailants. And the lacerations to his head were such that "the object responsible would be obvious if it were inside the cab" — yet no such item was apparent in any photos of the death scene.

"The hypothesis that these injuries could have occurred from a single slow speed inversion of the bulldozer is untenable," Combs writes. "Such severe and extensive injuries would not occur, particularly to an otherwise healthy man who was an experienced operator. Wounds this extensive would correlate with implicated particular structures in the cab that would have been conspicuously covered in blood, hair and tissue." Yet photos of the bulldozer on the morning that Cassilly's body was found show nothing of the kind.

Combs concludes, "The only plausible explanation, and my personal conclusion, is that Mr. Cassilly died from a purposeful beating — intentionally to death."

Bob Cassilly's body was found on the morning of Monday, September 26, 2011. His wife, Giovanna, was traveling in Los Angeles, and had become frantic after being unable to reach him the night before.

That Monday, members of Cassilly's crew discovered his lifeless body slumped in his bulldozer, which was parked at a precarious angle inside his unfinished magnum opus, Cementland. Within hours, the press was reporting that it had been a tragic accident.

But as the Riverfront Times reported earlier this year, Giovanna Cassilly has become convinced that her husband's death was murder. Our cover story, published May 31, detailed how investigators quickly settled on their theory of accidental death, leaving numerous questions unanswered five years later. No one ever established the time of death, much less pinned down Cassilly's movements on the weekend he was killed.

And that's even though fatal bulldozer rollovers are astonishingly rare. A study surveying mining accidents from 1988 to 1997 found just fourteen fatalities related to rollovers — and in every single case, the victim was either thrown from the vehicle, asphyxiated or drowned. Not one was found inside the cab with a fractured skull.

See also: "This Was No Accident," Bob Cassilly's Widow Says

The widow's attorney, Albert Watkins, has been trying to interest law enforcement in reopening the case. And after the RFT's story was published, he obtained new photos from the medical examiner's office that had been previously unknown to his client — photos that raise startling new possibilities.

At the time, the medical examiner's office appeared to have found the area noteworthy — the bloody patch was photographed and marked with an evidence notation. Yet no mention of the finding appears in the report.

Warning: The photos at the bottom of the next page of this story contain images that may be upsetting to some readers. The RFT is including them because they show the proximity of the bloody patch to the bulldozer; however, sensitive readers may want to stop reading now.

Dr. Michael Graham, the chief medical examiner for the city of St. Louis, did not respond earlier this summer to numerous requests for comment about the new photos or their significance. After the RFT's cover story, the medical examiner's office also refused to release its report to the St. Louis Post-Dispatch, saying the investigation was now an active one.

Now the conclusions of Dr. Combs may raise even more questions about the crime scene — and the "accident" verdict settled on by investigators.

An associate professor of clinical medicine at Washington University from 2004 to the present, Dr. Combs has a lengthy CV. Trained at New York Medical College, he has a long list of certifications, awards and positions, including a stint at Mallinckrodt Inc. as medical director and then executive vice president.

Attorney Watkins says he felt compelled to bring in an expert after obtaining the photos released by the medical examiner this summer.

Giovanna Cassilly is continuing to seek the public's help in solving the mysteries surrounding her husband's death. She and Watkins are asking that anyone with information about Cassilly's final days to contact them at justiceforbobcassilly@gmail.com. 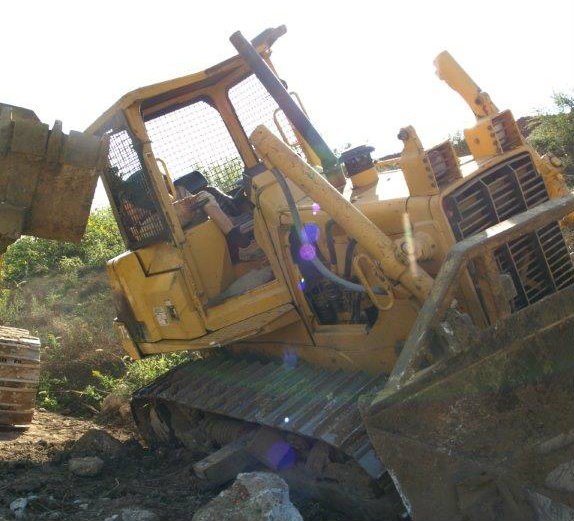 Editor's note: We added a different photo at the top of this story and a pagebreak after hearing from some readers who were upset by the image that was initially included on the first page of the story. That image now appears at the very end of the story.

We hope these adjustments will allow those who want to avoid viewing the photos to still read the story — but also provide the photos for those who are seeking to make sense of this tragedy.