These Are the Lowest Paying Jobs in St. Louis 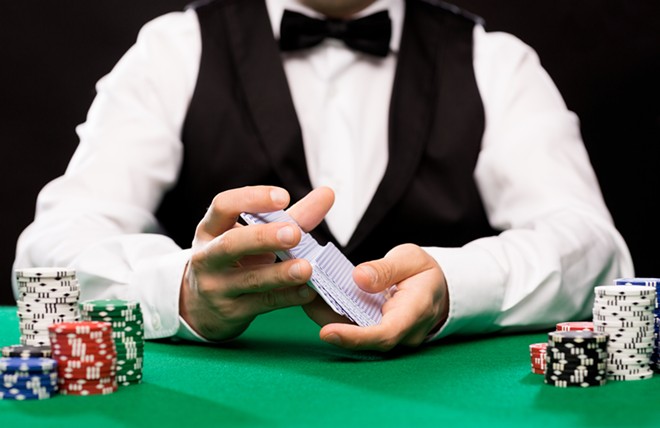 If you think your job sucks, well, things could always be worse. Unless you're a Missouri gaming dealer. Or a lifeguard. Then you've definitely hit rock bottom.

That's according to a report from Zippia.com, which used Bureau of Labor statistics to quantity the state's 20 lowest paying jobs. And while these figures are a bit of a downer, we previously shared the website's report on the highest paying jobs in the state — it seems only fair to acknowledge where the other 99 percent of us reside.

Gaming dealers were the very lowest paid in the state, with an average salary of $18,220. After that come lifeguards, ski patrolers and other "recreational protective service workers," making an average of $18,390.

But it's overall the state's restaurant industry that operates as a low-wage abyss. Fast-food cooks, hosts and hostesses, dishwashers and food prep workers round out the bottom six — and there are a whole lot more of them than the limited numbers of surgeons and other top earners in the state. Zippia.com's report shows more than 10,000 fast food cooks in Missouri. That's more than 100 times the number of general internists, who top the highest-paid chart.

Depressed yet? Read on for more underpaid jobs — or more proof that you really ought to be getting a raise.

All salary info — which lists the average wage for that profession, followed by the entry-level wage and then total number of workers in the state — is courtesy of Zippia.com. So if you're going to shoot the messenger, maybe aim at them?