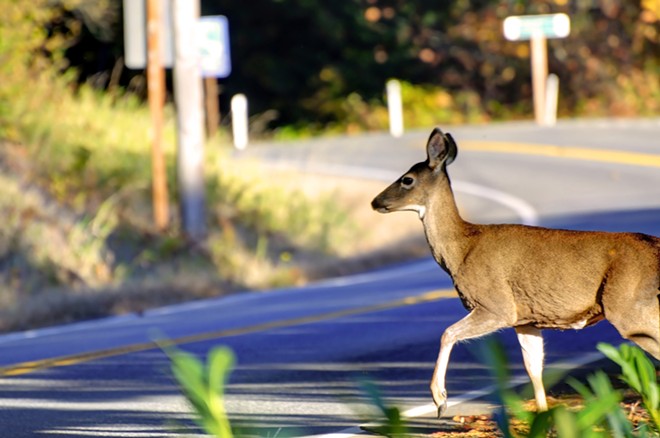 A bunch of you are killing deer with your cars, and even more of you are going to do it next year.

That's the rosy prediction from an analysis of crash data and insurance claims.

Missouri drivers are more prolific than most in the highway slaughter that quickens every October and peaks during mating season in November. We rank No. 17 in the nation for the rate of automobile deer collisions.

But if you think our tough-on-deer position is remarkable, take a look to the north at Iowa. Those psychos hit deer at a rate of 1 in 68. That kind of deer bashing is top four in the country. It's not perennial champ West Virginia — with odds of 1 in 41 — but it's definitely on the ruthless side. Maybe they're killing them off before more of them can reach Missouri?

Then again, maybe it's the deer. The top states for the collisions are West Virginia, Montana, Pennsylvania, Iowa and South Dakota. We wouldn't want to live there either.