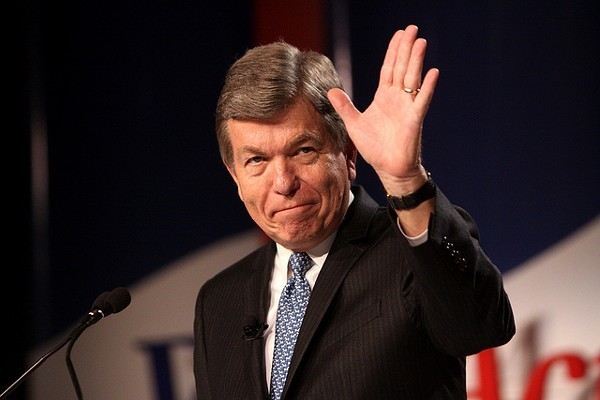 Last week Senator Roy Blunt and his Democratic challenger, Jason Kander, were each invited to speak with Just Moms STL, a non-profit group concerned with the radioactive waste found in Bridgeton's West Lake Landfill. Kander, for his part, saw fit to make an appearance. Blunt, meanwhile, opted to sit this one out — instead attending a fundraising event at a country club only fifteen minutes away.

The West Lake Landfill has seen increased attention in recent years as activists and nearby residents have raised health and environmental concerns in regards to the WWII-era waste that was illegally dumped there. In October, St. Louis County and several of the school districts therein released emergency evacuation plans in case neighboring Bridgeton Landfill's underground garbage fire reaches the buried sludge — an event with potential consequences that even the EPA has admitted it is uncertain about.

How frightening! What on Earth would make Blunt not want to attend?

Could it be because his son, Andy Blunt — also his campaign manager — is a lobbyist for the power company Exelon Corp, one of the companies responsible for the mess? Exelon purchased the company that illegally dumped the material, a former uranium-processing facility called Cotter Corp, in 1974. When Exelon sold the company in 2000, it agreed to retain some of the financial obligations that stemmed from Cotter's past actions — including the environmental concerns relating to West Lake.

Could it be because his former top adviser and confidant, Gregg Hartley — who worked for Blunt for eighteen years and is currently running a Super PAC supporting his re-election — is a lobbyist for Bridgeton Landfill? Critics have pointed to the cozy relationship between the two men as a great cause for concern, describing Hartley as "Blunt's alter-ego."

Could it be that Blunt was simply scared?

“Addressing the environmental crisis at the West Lake Landfill will be a top priority for me as a senator, which is why I attended the forum last night to speak to families impacted by this disaster," Kander said in a statement September 1. "While I was very appreciative of the invitation to attend the Just Moms STL forum last night, Senator Blunt showed where his priorities are by skipping the forum and attending a campaign fundraiser at a country club 15 minutes away. He should be embarrassed that he made that decision, and now Missourians know that his main priority is his campaign, not them."

What he should really be embarrassed about, though, is that he was foolhardy enough to give his opponent this ammunition in the first place. In an increasingly tight race, it might not be the best idea to blow off concerns of the "nuclear" variety in favor of a night at a country club.

Get it together, Roy!