St. Louis County Poised to Restrict Vaping, Smoking for Those Under 21 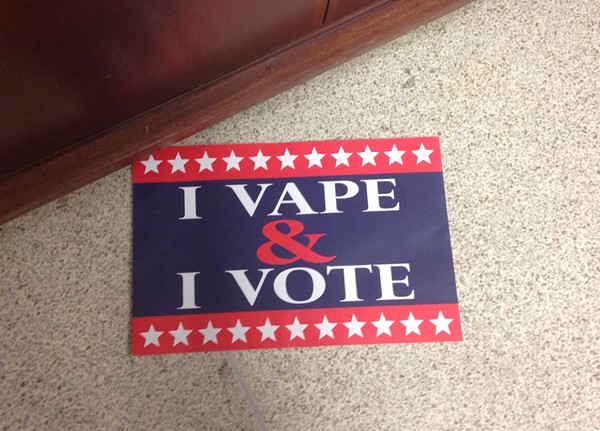 St. Louis County is this close to making it illegal for people younger than 21 to buy cigarettes.

The county council voted on Tuesday night in support of changing a local law that would make that happen. There's a good chance council members will make their final decision next week.

Legislating vice is usually pretty controversial business, and a couple of dozen people were lined up outside the council chambers before the meeting began. More than 130 eventually filled the room. Sixty signed a list to speak to the council.

Weirdly absent, though, were people who think eighteen-year-olds should be able to buy a pack of smokes if they want, which was sort of the headline of the law.

Instead, it was a bunch of public health advocates trading time at the microphone with the e-cigarette crowd (plus a lot of people who really don't want an apartment complex coming into south county). As we wrote last week, the local vape industry and enthusiasts want the council to drop part of the proposed law that covers e-cigarettes as they claim common ground with the anti-smoking doctors and health workers.

"We have the same objective here — to get people to stop smoking," vape shop owner Lynn Huck told the council.

So-called Tobacco 21 ordinances have passed in 190 cities across the country, including Columbia and parts of the Kansas City metro area. Local advocates for a full-on T21 law in the county say it needs to include vapors, too.

"These are all dangerous and addictive products," says Robert Blaine, director of medical public policy at Washington University, "and we need to keep them out of the hands of our children."