Judge Punishes SNAP for Refusing to Hand Over Records to Fr. Joseph Jiang 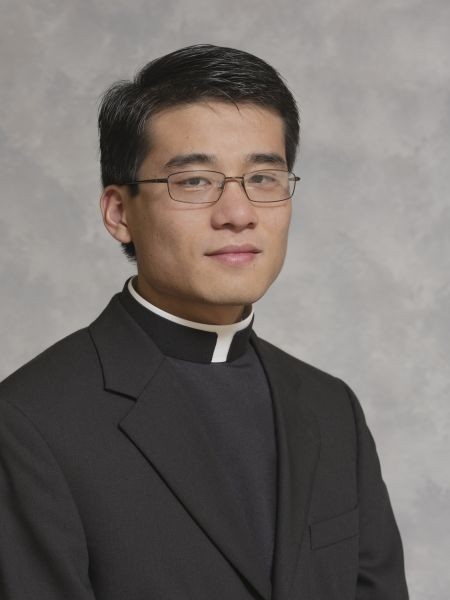 A messy lawsuit that accuses a victim advocacy group of defaming Fr. Xiu Hui “Joseph” Jiang reached a turning point this week — and it could spell defeat for the Survivors Network of those Abused by Priests, better known as SNAP, and executive director David Clohessy, who maintains that Jiang is a sexual predator.

On Monday, U.S. District Judge Carol E. Jackson sanctioned SNAP for failing to turn over records that Jiang's lawyers say would reveal a conspiracy to destroy the life of a promising young priest, who came to St. Louis after fleeing religious persecution in China. Jiang has twice been accused in court of sexual abuse, in Lincoln County and St. Louis City, but prosecutors in both cases ultimately dropped those charges.

This time could be different. Jiang was charged with sexually abusing a 12-year-old boy in a Catholic school bathroom in 2011 and 2012. The charges were dropped in June 2015 — one week later, Jiang filed a defamation lawsuit against the boy's parents, as well as SNAP, the city of St. Louis and two metro police officers who investigated the case.

As part of his legal strategy, Jiang sought emails, text messages and contact information for the people involved with pushing the case and getting SNAP involved. According to the lawsuit, SNAP and the other defendants "fomented and participated in a tragic rush to judgment against Fr. Joseph," leading to the violation of the priest's constitutional rights.

SNAP refused to turn over the records, citing a state law protecting "rape crisis centers." But Jackson ruled that such a designation has no merit in a federal court.

As Jiang's lawsuit proceeds, Jackson wrote, SNAP will no longer be able to dispute the core allegations being made against it. Instead, "the Court will direct that it has been established that the SNAP defendants conspired with one another and others to obtain plaintiff’s conviction on sexual abuse charges." Jackson's order also "establishes" that SNAP was motivated by prejudice against Jiang's religion and ethnicity, and that the group acted negligently and with "reckless disregard for the truth" in its public statements about Jiang.

Now, you might be wondering about this word — "establish." What does that mean for the eventual trial? How is a jury going to assess punishment on these "established" facts when SNAP is seemingly barred from defending itself?

Even SNAP's own attorney can't say for sure.

"There’s been no finding that we actually defamed him and we believe there is no such evidence or conspiracy. We think it will be very difficult for the jury to weigh these inferences," says attorney Amy Lorenz-Moser. "But this is [Judge Jackson's] decision, we respect it, and we expect to seek some sort of release by the Court of Appeals."

Jiang's defamation lawsuit came after two high-profile abuse allegations fell apart. In 2012, the Cathedral Basilica priest was charged in Lincoln County with endangering the welfare of a child and witness tampering —  Jiang was alleged to have delivered a $20,000 check to the family of a teen girl in exchange for their silence. The teen's family later filed a lawsuit detailing several disturbing instances of inappropriate contact. The charges were dropped one year later based on an argument that Jiang was never alone with the victim. The family's civil lawsuit is still pending.

One year later, Jiang's name was in the headlines again over a second abuse allegation, this one involving the 12-year-old boy. In 2015, St. Louis Circuit Attorney Jennifer Joyce dismissed the criminal charges, saying only that "the state is unable to proceed at this time." However, Joyce noted at the time that the statute of limitations does not run out for 35 years and that she "remains hopeful that charges will be refiled in the future."

Jiang has his own base of support in St. Louis, a group known as the "Friends of Father Joseph." The group drew public criticism from SNAP in 2013 for hosting prayer meetings for the then-accused priest.

Bill Hannegan, a spokesman for the group, cheered Judge Jackson's decision to sanction SNAP. In an emailed statement, he said, "We see this ruling as part of Fr. Jiang's ongoing exoneration."