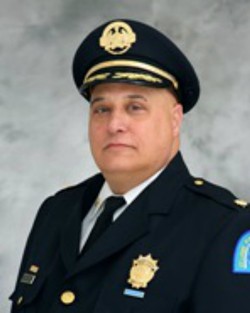 A St. Louis police commander is suing Chief Sam Dotson, alleging he was passed over for a promotion because he's white.

In the lawsuit filed today in federal court, Major Michael Caruso claims Dotson created a new lieutenant colonel position and promoted a black major, even though Caruso has more time on the job, more education and scored higher on the written test for the job.

Caruso, who holds a master's degree from Lindenwood University, joined the forced in 1976 and has risen through the ranks to his current job as division commander of airport police. He and two other majors — the department's North Patrol Division commander, Ronnie Robinson, and Rochelle Robinson, deputy commander for the Bureau of Operations — all applied in the fall of 2015 to lead what would become the Bureau of Communications.

The suit suggests Dotson, who is named along with the city as a defendant, had race on his mind when he created the new spot.

"Prior to Robinson being promoted to the rank of lieutenant colonel, Dotson told Jones that he needed to promote either her or Robinson to the newly created position," the lawsuit says. "As set forth above, both Jones and Robinson are African American. Caruso is Caucasian." 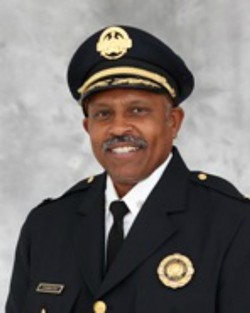 Caruso claims he scored first on the written test, followed by Jones and then Robinson. He also has more than 39 years on the job, compared to Jones' 33 and Robinson's 26.

Caruso expected to be interviewed for the job as a result, but Robinson was promoted before that ever happened, he alleges.

"(Dotson) creates this position, and it appears he creates it so he can have an African American colonel," Petruska tells the Riverfront Times.

Dotson and Robinson did not respond to a request for comment. (The department released a statement this evening. It's posted below.)

The move not only violated Caruso's civil rights, according to the suit, but it violated a federal judge's order not to racially discriminate against job candidates. The 2014 decree from U.S. District Judge Catherine Perry followed Sgt. David Bonenberger's successful (and lucrative) lawsuit against the city.

A federal jury awarded the white police supervisor $620,000 in 2013 after he was passed over for a high-ranking job at the police academy because of his race. The city challenged the decision, and the court eventually decided Bonenberger was owed another $170,000.

He's now suing again, alleging police brass retaliated against him because he beat them in court.

Petruska says Dotson and the city should have learned a lesson from the Bonenberger case.

"They should have known this is not the thing to do," Petruska says.

As part of the suit, Caruso is asking for the promotion he was denied along with an unspecified amount of money.

"The promotional process within the police department, as within all City departments, is administered by the Personnel Division of City of St. Louis.

"The St. Louis Police Officers' Association (SLPOA) previously filed a lawsuit against the City in regards to the promotional process for police officer to sergeant. The Ethical Society of Police (ESOP) has also been critical that there have not been enough promotions of American American officers. Therefore, the department has been criticized both for not promoting enough African American candidates, as well as for not promoting Caucasian candidates. The promotional process for lieutenant colonel, like all promotional processes, followed the civil service process outlined by the Personnel Division.