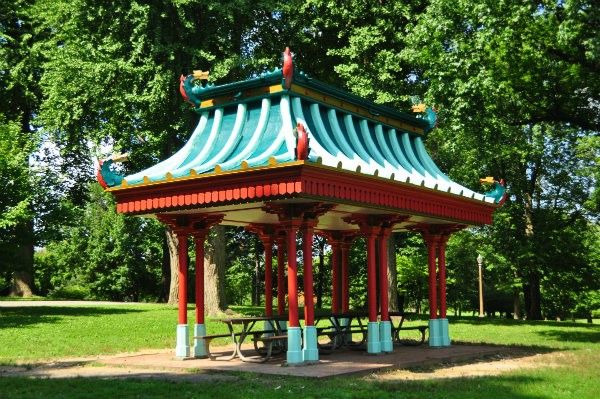 The historic pavilion in one of your favorite parks just received a major face lift.

An $18,827 renovation began on Tower Grove Park's Chinese pavilion in June, thanks to funds raised at the Friends of Tower Grove Park membership group's Martinis at the Mansion event last September. Other than a finishing touch of new turf to be installed around the pavilion this fall, the renovations are complete — and the results are beautiful.

The pavilion received new bases for its wooden support columns, a realignment of the bricks in its floor and a new picnic table anchoring system (bye-bye, ugly chains!). What will catch your eye most, however, is the new paint. The whole pavilion was repainted using five different colors, complete with a polishing of the metal dragons on the pavilion's corners.

This is the first time the pavilion has been refurbished since its 1992 restoration, but it's been standing much longer. Henry Thiele designed the pavilion around the year 1868, and Tower Grove Park founder Henry Shaw and horticulturist James Gurney planted ginkgo trees around it. Little did you know you've been eating your picnic lunches under a historic landmark!

This isn't the only update Tower Grove has seen this summer. Back in May, a sustainable waterfall was installed in the Gaddy Bird Garden. Visitors can find the bird garden on the northwest side of the park, then take a walk to the eastern side to see the Chinese pavilion near South Road.

Until you get a chance to swing by to it all yourself, check out the pavilion's before and after photos below. 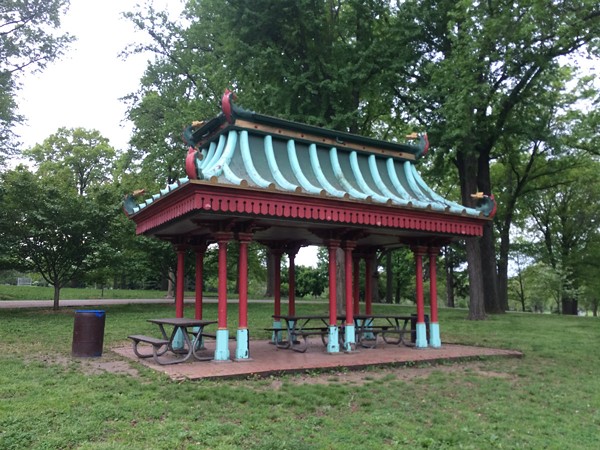