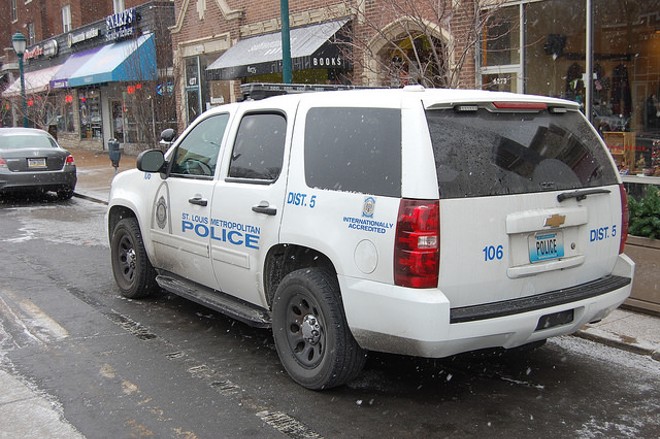 Curious to know why the police were summoned to your neighbor's house — or what keeps bringing by them to check out that abandoned house on the corner? A local software developer has created a new service for that — an email bulletin that gives you a heads up any time there's a "call to service" near your address.

Developed by Compton Heights resident Paul Brockmeyer, the Look Out STL service is incredibly simple. You give the website your address and email. Then, any time police get a call to visit the blocks nearby, Brockmeyer has set up the program to shoot you a quick email. It will only have basic information — he cautions that it's less a crime notification service than a heads up — but, if you're interested, it'll give you the tools to figure out more.

"My hope was that this might (in its own little way) help to raise awareness about crime in our immediate vicinities and encourage neighbors to look out for each other," he says. "I think most neighborhoods are pretty good at getting the word out when something's happened — neighbors post on Facebook groups or NextDoor, chat while walking their dogs, etc. The problem is that even if you're paying attention, most people aren't going to know about incidents until long after they've occurred. If someone calls in a burglary on my block, I want to know about it right away. I want to look out the window, check to see if my cameras picked anything up, and do what I can to help."

The alerts go out as regularly as the police update their call to service page — meaning you'll be getting info that's no more than ten minutes old, Brockmeyer estimates.

Brockmeyer says the service was simple to build ("I knocked this out over the course of a long weekend") and that he has no plans to try to make money off it. He and his wife previously built a school-based website, stlcityschools.org, out of a similar sense of altruism.

"These are just little things we can do to make the city better," he says.

Based on word of mouth and a post on (naturally) Next Door, Brockmeyer says he's already gotten a few hundred subscribers.