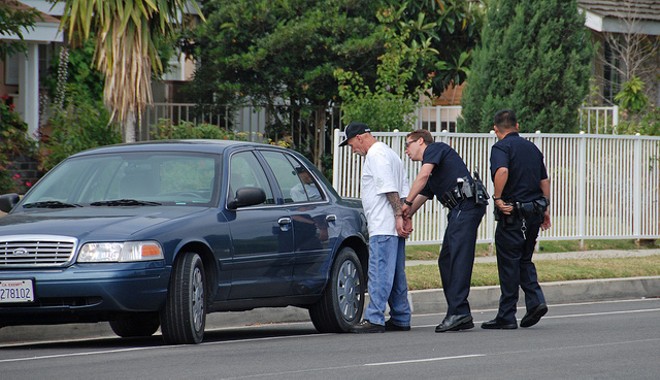 A bill signed into law this week by Missouri Governor Jay Nixon will fundamentally change how the state handles convicted criminals seeking to expunge their records and move on with their lives. And that's great news for those carrying burdensome convictions for non-violent drug offenses.

But the new law also changes which crimes are eligible for expungement. The current state statute offers a very limited list that could be wiped clean from a person's record, mostly low-level offenses like passing a bad check, fraudulent use of a credit device and peace disturbance. The new law lists only the crimes that are not eligible for expungement — all Class A felonies and a litany of other sexual and violent crimes.

Once the law goes into effect, hundreds of non-violent, non-sexual crimes will be suddenly be eligible for expungement — and that means marijuana-related crimes as well.

That's cause enough for celebration, says Dan Viets, the Missouri coordinator for the National Organization for the Reform of Marijuana Laws. Viets was part of the team prosecutors and defense attorneys who worked together to draft the law's new language.

“This law will allow many thousands of people who have a marijuana conviction on their public records to escape the lifelong disabilities such a conviction has caused in the past," Viets said in a press release. "The stigma of a public criminal conviction is a major obstacle to those seeking to obtain employment, a place to live or a loan to buy a home or car.”

In a statement posted to the governor's website, Nixon touted the new law as a reasonable and balanced approach.

“Missourians who have paid their debt to society and become law-abiding citizens deserve a chance to get a job and support their families,” Nixon said.