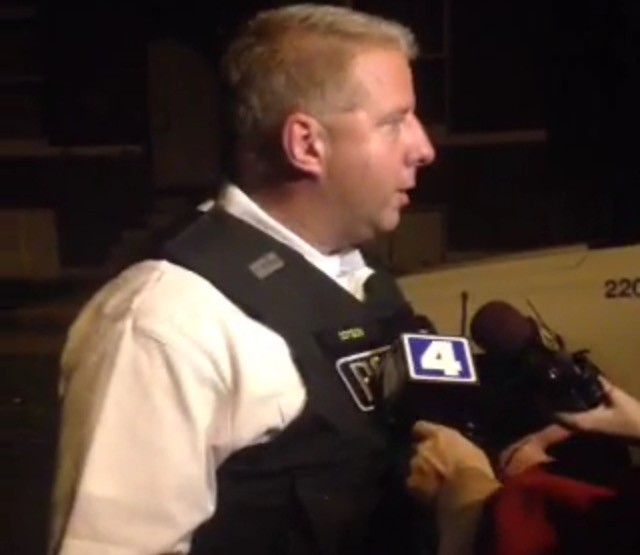 A jealous ex-boyfriend killed his former girlfriend and her new boyfriend, shot another man who tried to run and then opened fire on police, grazing one officer before being taken into custody, police say.

The Wednesday night terror began about 10:30 p.m. when the suspect argued with the woman's boyfriend in the 3000 block of Miami Street in the Gravois Park neighborhood, just south of Cherokee Street, according to St. Louis police Chief Sam Dotson.

The man pulled a gun and struggled with the new boyfriend, killing him at the corner of Miami and Pennsylvania Avenue, police say. The woman and a third man, whom investigators believe is her cousin, ran for their lives. The jealous ex chased them into the street, blasting the woman who stumbled into an alley and later died.

He also shot the third man, who was in critical but stable condition early Thursday morning, Dotson says.

Officers — riding two to a car since five Dallas police officers were shot dead during a protest march last week — arrived in the midst of the chaos, the gunfire still echoing as they pulled close.

"The suspect was still on the scene and began firing at officers," Dotson told reporters.

A bullet slammed into the door of the patrol car. One officer got out and was grazed in the shin by a ricochet. He returned fire but didn't hit anyone, Dotson says.

Police chased the man and caught him a few blocks away.

"We have the suspect in custody, and we're looking for the weapon right now," Dotson says.

Police didn't immediately release the names of the victims or the gunman, but Dotson says police were familiar with the suspect from past arrests.