'Armed and Dangerous' Suspect on the Run After Lemay Double Homicide, Police Say 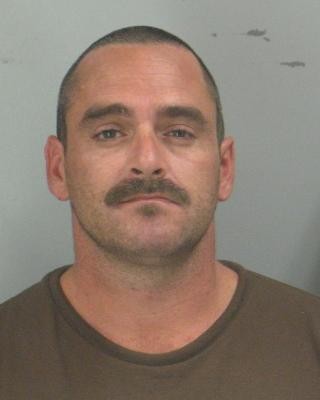 4:30 p.m. Updated with identities of victims.

The suspect in a double homicide should be considered "armed and dangerous" following the murders of a man and woman in south St. Louis County, authorities say.

Police believe suspect John Hamm, 42, fled the St. Louis area after the twin killings, and his whereabouts are unknown. They released photos of him and a 2014 silver Kia Optima they believe is connected to the crime. The car has Missouri plates — KL2-S3U — and a Dallas Cowboys star sticker on the gas tank cover.

Officers responded to a call at 12:30 a.m. today to the 400 block of Kayser Avenue in Lemay where they found the two victims, 46-year-old Robert Hall and 41-year-old Shannon Larock, who lived together in the home.

Hamm is wanted on two counts of first-degree murder and armed criminal action.