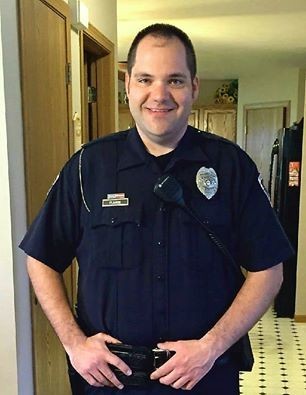 A Ballwin Police Department officer ambushed on Friday remains in stable, but critical condition — and is facing what a departmental Facebook post describes as "life changing injuries."

Mike Flamion, a nine-year veteran officer, has been in critical condition since Saturday. Authorities say he was ambushed by 31-year-old ex-con Antonio Taylor, who rushed the officer from behind and shot him in the neck.

"He remains in stable but critical condition, however it is coming to light that his life, and that of his family, will forever be changed by his injuries. He will require long-term medical care and we are confident that the community will stand by him on his long and difficult journey," the Facebook post read.

A Go Fund Me page set up for the officer's family has received more than $100,000, but hopes to reach a $250,000 goal. "The family realizes that it’s impossible to thank each person individually, but they want you to know there are no words to express their gratitude for your ongoing support," the Ballwin Police Department wrote.

Flamion's shooting last week, described by police officials as an "ambush," came at a particularly fraught time for law enforcement across the nation. After police shot and killed black men in Baton Rouge and St. Paul, Minnesota, last week, a Black Lives Matter protest in Dallas on Thursday, July 7, was targeted by a sniper, who killed five officers.

The next morning around 11 a.m., Flamion pulled Taylor over in a routine traffic stop in the 300 block of New Ballwin Road — only for the incident to suddenly turn violent. Dash cam footage shows Taylor jump out of his Ford Taurus and fire three shots, at least one of which hit Flamion. 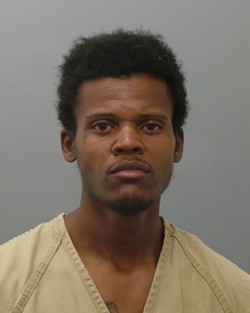 Taylor was spotted 25 minutes later in Manchester and was caught after an on-foot escape attempt. He was charged on Friday with first-degree assault on a law enforcement officer, armed criminal action and unlawful possession of a firearm. He is currently being held on a $500,000 cash bond.

Flamion joined the Ballwin Police Department in 2014, after serving seven years with the DeSoto Police.

St. Louis County police are handling the investigation. They ask anyone with information to call 314-615-5400.

The day after Flamion was ambushed, a young man forced his way into the home of an off-duty St. Louis County officer, apparently angry after an online argument with the officer over the Black Lives Matter movement. The officer shot the invader, who was later identified as former football standout Tyler Gebhard. Gebhart was killed.