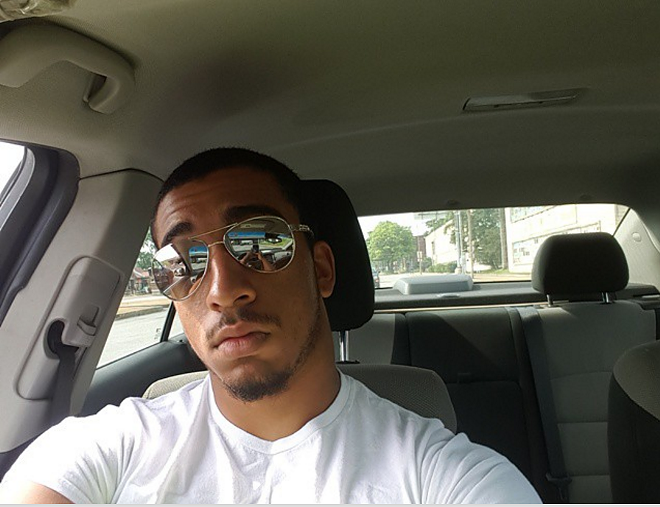 Updated at 5:50 p.m. with more information about Tyler Gebhard.

Tyler Gebhard, 20, allegedly used a heavy concrete planter to smash a rear glass door at the officer’s Lakeshire house on Saturday evening, according to county police. He was confronted inside by the officer, whose wife, mother-in-law and two young children hid in a back room and called 911, police say. The officer gave Gebhard several verbal commands, which Gebhard ignored, authorities say.

“Fearing for his life and the lives of the others in the home, the off-duty officer shot the suspect,” police said in a statement.

The officer’s family members knew and feared Gebhard, police said. The former athlete had allegedly threatened them on social media before showing up about 5:50 p.m. on their doorstep in the 10000 block of Lakeshire Drive.

Police haven't described the threats, but Gebhard's uncle told the St. Louis Post-Dispatch his nephew suffered from mental illness and had apparently been arguing online with the officer about the Black Lives Matter movement.

"Tyler was going over to fight," the uncle, 57-year-old Patrick Brogan told the paper. "When he got there, he was met with a gun, and the gun killed him."

Gebhard rang the doorbell and pounded on the windows, but the officer's relatives refused to let him in, police say. That’s when he ran around the back of the house, picked up the planter and heaved it through the door glass, forcing his way inside, police say. The officer, whose name hasn’t been released, shot him.

Responding officers administered first aid until EMS arrived, police say. Gebhard was taken by ambulance to the hospital where he was later pronounced dead. 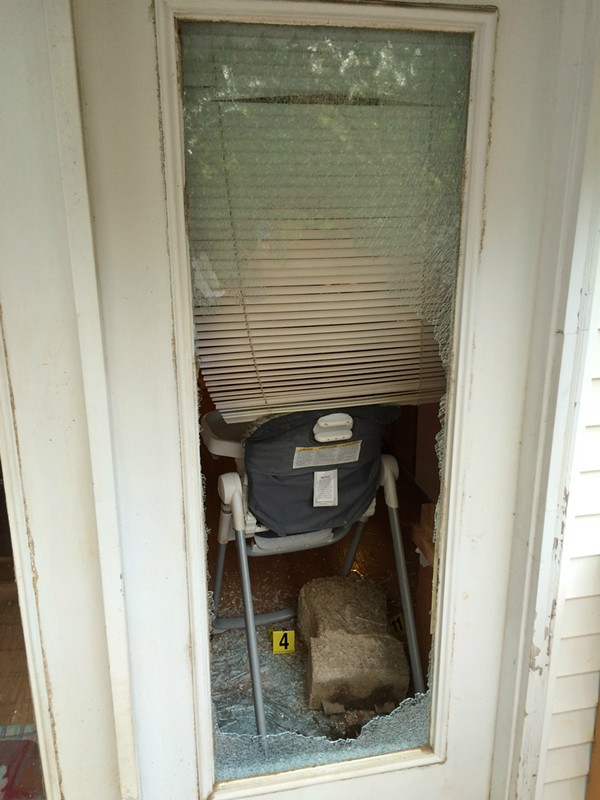 Gebhard graduated in 2014 from Affton High School where he was a running back on the varsity football team. He made the 2015 roster at SEMO as a non-scholarship player.

The university's head football coach, Tom Matukewicz, told the Riverfront Times he had heard the "tragic news" but didn't know much about Gebhard who was with the team only a short time. The former high school standout made the team's spring roster but was cut after about four months when coaches pared down the squad, Matukewicz said.

It wasn't clear if Gebhard was still enrolled at the time of his death. He claimed in a recent Facebook that he was joining the U.S. Marines.