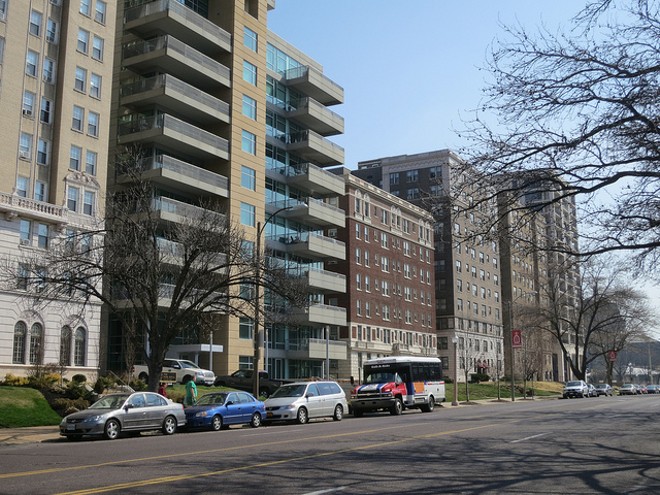 The rent may be too damn high on the coasts, but in St. Louis, prices are cheap and getting cheaper.

A median one-bedroom in St. Louis in 2016, the study found, leases for $650. That's an 11 percent drop from the prior year.  Two bedrooms showed a similar drop. A ten percent decline from year over year left them at a median price of $900.
And that's left St. Louis ranking as the 23rd cheapest of the 100 cities being surveyed, tied with Greensboro, North Carolina, and Tallahassee, Florida, in the bottom of the study's four tiers.

On the Most Expensive list, not surprisingly, No. 1 was San Francisco, with its median one-bedroom apartments renting for a staggering $3,510.

Here are the ten most expensive, with the median price for a one-bedroom in each. Remember, in St. Louis, that same size apartment will set you back just $650. And how much do you want to bet they're missing out on our crown moldings and gleaming hardwoods, too?