Damien Rider Is Skateboarding Route 66 After Escaping Dark Past 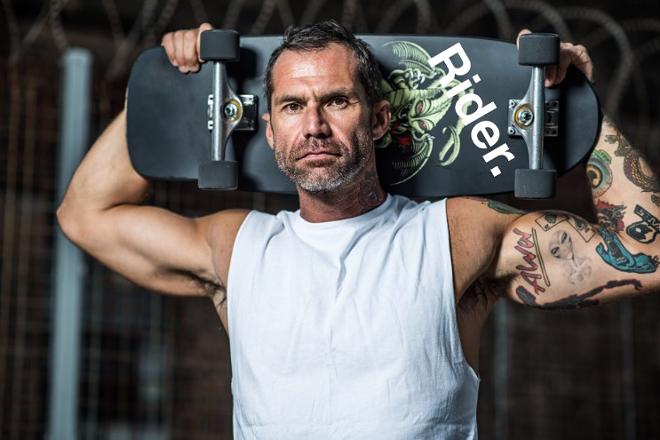 Battling the mental demons of horrific childhood abuse, the Australian adventurer paddled himself nearly 500 miles along the coast of his homeland in 2015. He says he emerged after seventeen days in the ocean with a calm he hadn't felt in more than 30 years.

Now, he's headed through St. Louis on a skateboard, hoping to show other victims of abuse a way forward. The 40-year-old endurance athlete and a childhood friend plan to skate the length of historic Route 66 in 66 days. They started Monday in Chicago and expect to hit the Gateway City by 3:30 or 4 p.m. Sunday on the way to their final destination in Santa Monica, California.

His previous paddle along the east coast of Australia — recorded in a documentary called Heart of the Sea — changed his life. Men's Health magazine in Australia named him man of the year in 2015. He's also become an advocate for people who've suffered childhood abuse and resulting PTSD.

Rider says he was beaten and sexually abused by his mother's alcoholic boyfriend from age six to nine. The boyfriend terrorized the entire family.

He now hopes to establish beach safe houses for victims around the world through his nonprofit, Rider Foundation. He hopes to raise awareness of the project as he pushes a 1985 Bones Brigade skateboard across the United States. 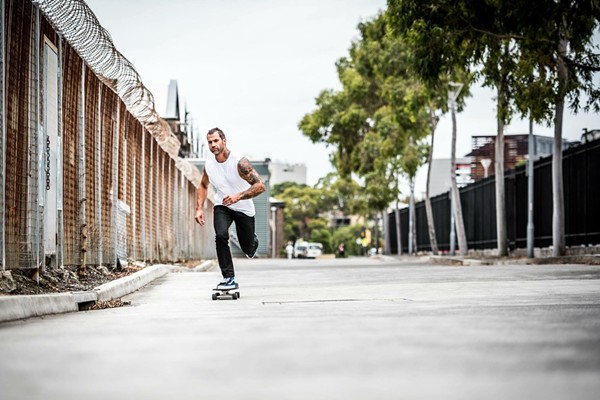 "He's got some healing to do," Rider says.

He thinks this journey will do for Osper what paddling among the waves and sharks did for him. They pushed into powerful headwinds Thursday and are likely to hit rainstorms in Missouri. It'll only get tougher as they go, he says.

Rider says they'd be happy to have others join them along the way, even if only for a little while and even if they're not skateboarders.

"We start together," Rider says, reciting a motto he and Osprey repeat as they go. "We finish together, and nobody gets left behind."