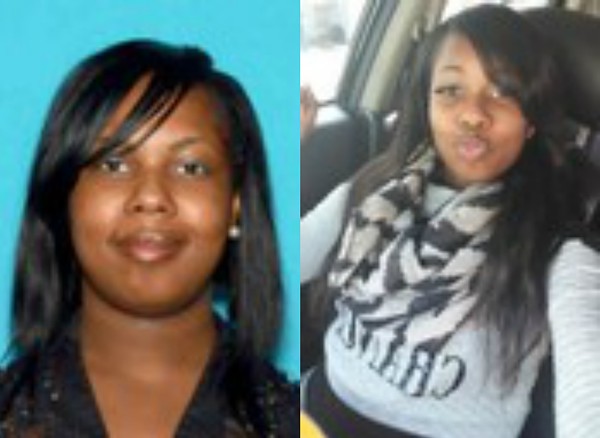 Update: Suspect Shanika Minor was arrested on Friday in Fayetteville, North Carolina. A caller to an FBI tips line pointed Cumberland County Sheriff's deputies to a motel near an airport where authorities took her into custody at 1:28 a.m.

Federal agents are looking into an FBI Most Wanted suspect’s ties to Missouri and Illinois.

The suspect, 24-year-old Shanika Minor of Milwaukee, killed a pregnant woman and her unborn baby during a fight over loud music, authorities say.

The deadly shooting was in early March, and FBI investigators say Minor is probably relying on a network of friends and family to hide her. Her only known job was delivering newspapers, and authorities don’t think she has the resources to keep running — unless she has help.

“The murder weapon was not recovered, and it is likely she is still armed,” FBI Special Agent Chad Piontek said in a statement. “She killed someone who was not a stranger to her — a family acquaintance.”

The FBI added Minor to its list of Top 10 Most Wanted Fugitives on Tuesday, and the agency is offering a $100,000 reward for information leading to her arrest.

Authorities say she had feuded with her 23-year-old victim for a week before the killing. Minor thought the woman, who was nine months pregnant and lived next to Minor’s mother, was playing her music too loudly, the FBI says. The seemingly trivial disagreement turned ugly on the night of March 5, when Minor is accused of confronting the woman on the sidewalk, pulling a gun and firing into the air before her mother could separate the two.

Hours later, about 3 a.m. on March 6, Minor cornered the woman near the back door of the victim's home. Minor’s mom tried to intervene again, but Minor reached over her mom’s shoulder and shot the woman in the chest, authorities say. The woman staggered into her home and collapsed. She and her unborn child both died before help arrived. Her due date was just five days away.

Minor, who has used the alias Ida Jackson, took off. She has been on the run ever since. She’s now wanted on state charges of intentional homicide of the mother-to-be and baby. She’s also facing federal charges of unlawful flight to avoid prosecution.

Minor is described as five feet six inches tall, weighing about 165 pounds. She has a half-finished tattoo of roses on her lower abdomen.

Investigators say along with people in Missouri and Illinois, she may have contacted friends or family in Texas, Mississippi, Tennessee, Ohio and possibly Georgia.

“I don’t think she has a lot of resources on her own,” Piontek said. Clearly, people have assisted her.”

He warned anyone who helps her could be prosecuted for aiding and abetting a fugitive.