One in Three Women in the U.S. Will Have an Abortion. I Recently Became One of Them 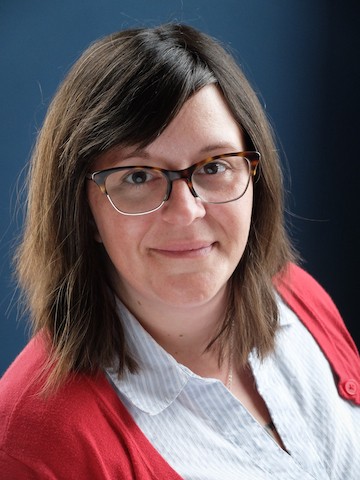 One in three women in the United States will have an abortion. At the age of 35 and as the head of a reproductive rights organization, I never thought I’d be one of them. But I did and I am.

Last month, I became one of the women my organization, NARAL Pro-Choice Missouri, serves. And I got a first-person look at the barriers being put up to block access to abortion.

Missouri is the third most restrictive state in the country for abortion access, behind Utah and North Dakota. We earned this ranking when lawmakers mandated a 72-hour waiting period in 2014. We now have just one abortion clinic remaining for 3 million women.

When I finally took the test and realized I was pregnant, my husband and I talked about it. Even though we never wanted children, for many reasons, we talked about it. And for a split second we wondered if we should go through with the pregnancy. In the end, we decided that the answer was no. My husband and I consider ourselves middle class now, but we both have been laid off of work over the last two years, and you never know when that could happen again.

So I can say from personal experience, when you need and want an abortion, YOU HAVE ALREADY THOUGHT ABOUT IT. You don’t need 72 hours. And because of that law, I ended up going to Illinois for a medication abortion instead of visiting Missouri's sole clinic here in St. Louis. I reached out to an abortion provider in Illinois, Dr. Erin King with the Hope Clinic for Women in Granite City, Illinois, because that state doesn’t have a 72-hour waiting period. I didn’t need to think about my decision any more as Missouri requires in its attempt to shame women. I am not ashamed.

Going to my appointment the next week, I already knew that my experience was going to be a privileged one. I had the support of my husband, friends and colleagues; I knew Missouri’s restrictions, and got to pick the provider I wanted to bypass those laws; I got to schedule my appointment around my work obligations and take the paid time off I needed; even though I was traveling to another state, it was only 15 minutes away. And I didn’t have to receive state mandated, medically inaccurate information, like I would have gotten in Missouri.

I was the first patient of the day, where the nurses knew who I was and what I did for a living, a day when protesters weren’t lining the sidewalks to pray for me, shame, and harass me. I was there for less than an hour. I had chosen to take the medication abortion so that I could be in the privacy of my home, and so that my husband didn’t have to take off work to drive me (again, a luxury many women don’t have). I took the first pill in front of my chosen provider, who is the kindest, sweetest woman you could ever hope to have with you in this situation. I was sent home with pain medication, and the remaining four pills. I continued to work from the comfort of my home.

Some of it was painful, but even going through that, my main emotion was relief. For the next 48 hours, it was like having a heavy period, but after that it was pretty light. I went about my life. We hosted a BBQ to meet our friends’ new baby, and I went back to work.

Three weeks to the day of having my abortion, I finally found the time in my schedule to go back to the provider for my follow-up.

This visit was much different. The building was bustling with patients and their drivers. Protestors were silently praying outside of the building that Dr. Tiller built. Dr. Tiller was murdered in his church for trusting women the day before I started working for Planned Parenthood in 2009. I will never forget that, and mass shootings like the one that happened in Colorado last year are a constant reminder of the violence women and providers face simply for accessing and providing the healthcare women need, want, and deserve.

I was sent to a small waiting room that was filled with a rotation of four to six other patients. To my surprise, the patients were talking with one another. These women warmed my heart because even though every woman’s story was different and important, they were all supporting each other. But they all had a common thread. They were from Missouri, and after calling Planned Parenthood in St. Louis and learning about the 72-hour waiting period, they came to Illinois where they could get the procedure in one day.

Some, like me, were there for their follow-up visits. Others were there for their procedure. Those of us that had already had our abortions explained to the other women what to expect — some choosing medication, others surgical. Women started sharing their stories of why they were there. One woman already had three kids, her last ten months ago, and she said her body just couldn’t do it again. Another woman had a baby when she was fifteen, because she didn’t find out she was pregnant until she was four months along; she was happy to have her little girl, but didn’t want to have another child while she was still so young. Yet another had to drive three hours to get there, and her grandpa was her driver.

I told the women what I did for a living. I spoke of the upcoming HBO documentary that would be featuring Hope Clinic and Missouri law. I talked about the upcoming U.S. Supreme Court decision on Whole Woman’s Health, and how TRAP laws, like those in Missouri, hurt not only providers and clinics but women too.

The nurses hugged me, welcomed me, shared stories with me and were excited to learn that I had been invited back in August to speak to them about Missouri law and why they are experiencing such a patient increase.

Reflecting on my abortion story, I think there are a few things I could have done differently. I could have waited that 72 hours, to experience how these unjust laws in my state actually make women feel. I could have gone to a Crisis Pregnancy Center, to see the lies they spread to women first hand, and better prepare myself to fight them.

But then my abortion story is pretty reflective of what other women face. I didn’t want to wait 72 hours. Like all these women, I just didn’t want to be pregnant anymore.

And in that realization I feel comforted and ready to renew my fight in states like Missouri, in Congress, to trust women and to fight like hell for their dignity.

See also: As an Abortion Provider in Illinois, I See How Missouri's Restrictions Hurt Women

Alison Dreith is the executive director of NARAL Pro-Choice Missouri. The RFT welcomes interesting essays on topics of local interest. To contribute, contact Editor in Chief Sarah Fenske at sarah.fenske@riverfronttimes.com