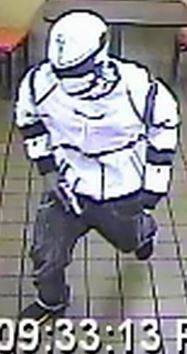 He's clearly with the evil empire.

A gunman dressed like a Star Wars Stormtrooper was caught on camera robbing a Church's Chicken near Grand Center, city police say.

The costumed thief and an accomplice — dressed unimaginatively in a yellow hoodie — marched into the restaurant at about 9:35 p.m. on Saturday and demanded money from a worker. The buckethead was armed with a handgun and hopped over the counter to clean out the cash register.

Police say he's in his early 20s, and his uniform consisted of a zip-up jacket and full mask. His wing man is also believed to be in his early 20s. He's stocky and wearing a black bandanna and jeans along with his yellow hoodie.

The suspect in yellow also snatched a woman's purse on their way out of Church's.

The two were last seen fleeing east in an older-model, grey Dodge Durango. 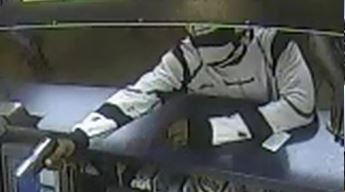