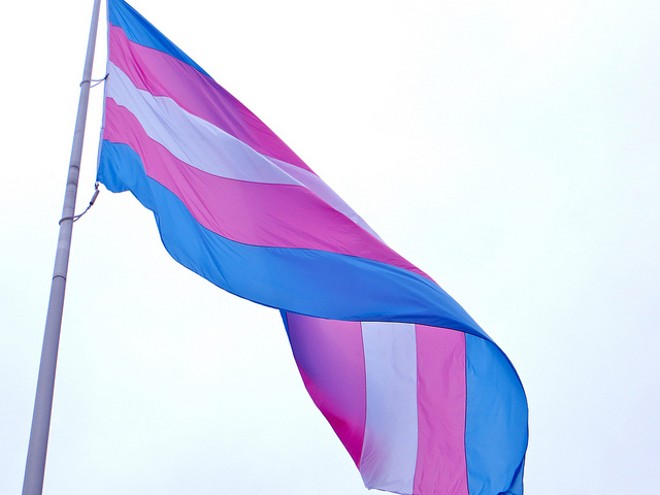 This morning, St. Louis will become only the third city in the nation to fly the transgender rights flag at City Hall — and the first west of the Mississippi.

The pink-and-blue flag is set to be raised at 10 a.m., says Katie Stuckenschneider, spokeswoman for the non-profit advocacy group PROMO, along with the familiar rainbow flag representing the gay and lesbian community. Both will be up for an entire week in honor of St. Louis' pride celebration.

The flag was first flown at Philadelphia City Hall in 2015 and then Boston last month.

But while St. Louis is breaking new ground in the Midwest, its action came with surprisingly little deliberation or (so far) controversy. Stuckenschneider says she contacted a city communications staffer and received an almost immediate yes.

She believes the action has powerful symbolism at a time when the LGBT community is still reeling following the mass shooting at a gay nightclub in Orlando that left 49 people dead.

"Coming off the week we've had, this just feels like something that had to happen," she says. "It comes at a really good time for the community."

There will actually be two flags being hoisted; Stuckenschneider says there are two flagpoles at City Hall, and each is getting both the rainbow flag and its new pink-and-blue cousin. The bigger one, she says, will be visible from PrideFest, which kicks off Friday at the Soldiers Memorial downtown.