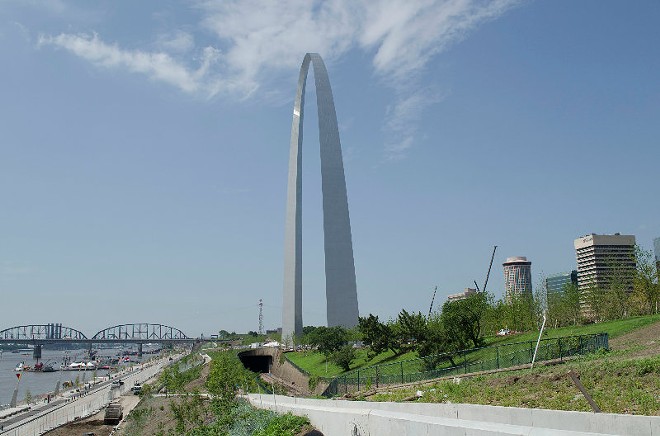 A major renovation has been underway at the Arch grounds for more than two years now. And while you may have glimpsed some of the changes from your car while headed to a ballgame, or paged through the photos from the construction site that we posted last night, sometimes there's something even better than a view from the ground. Sometimes, you need a time-lapse video.

The group behind the $380 million renovation projection, CityArchRiver, released a time lapse that shows the ground just north of the Arch grounds under construction from February 2014 to June 2016. Watch as what was once a parking garage becomes a portion of a national park, complete with a raised walkway, all in less than a minute. Pretty sweet.


The northern grounds will include an amphitheater, a children's play area, an overlook of the river and a pedestrian and bike path that will wind throughout the entire park.

Check out the 14 photos we took of the renovations yesterday, too. Now that you have a little perspective, doesn't the project seem even cooler?