The 10 Hottest Suburbs in St. Louis for Home Buyers Include a Few Surprises 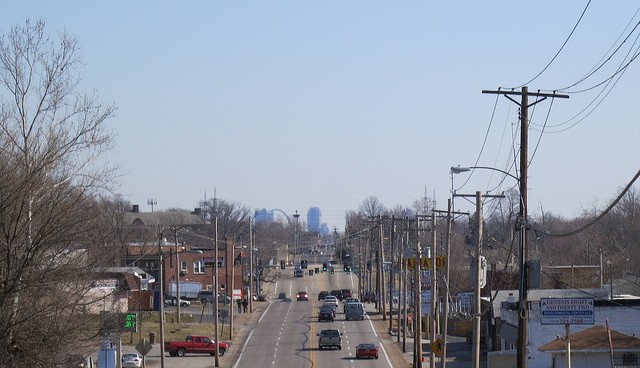 If you've been staying up on real estate news, you knew Crestwood was hot. But did you know that was also true of Webster Groves, Olivette and even Black Jack?

Yes, Black Jack, the tiny north county municipality tucked between Florissant and Spanish Lake. It clocks in at No. 4 on a new list produced by Chesterfield-based real estate office MORE, REALTORS. Broker-owner Dennis Norman says the list was compiled to show the average number of days on the market for municipalities in the metro area. The fewer days, the faster that homes in the municipality are being snapped up.

As Realtor.com predicted back in December, Crestwood easily won the list's top slot, with homes sitting on the market an average of just 23 days. After that was Webster Groves, with an average of 38 days; Olivette, with 40, and Black Jack, with 45.

Rounding out the top ten? Sunset Hills, Fenton, and, in the tenth slot, a three-way tie between Dardenne Prairie, Maplewood and Florissant.

Our takeaway? Despite the turmoil it's faced in the last two years, north county is doing quite well on the home sale front, with five of the ten slots on the list. And forget what you heard about McMansions in outer-ring suburbs being where it's at; if you're looking for a home that will sell quickly, you might be better off in charming older communities like Webster Groves, Olivette and Glendale. St. Charles, it should be noted, didn't make it on the list until No. 19.

See the complete top-30 below.