Saint Louis University Has a Tanning Bed to Get Rid Of 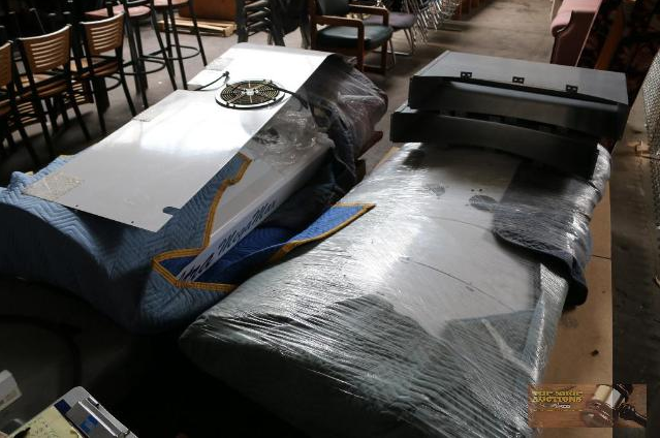 When you think of Jesuit values, you might think of critical thinking or striving for excellence — or, if you really know your stuff, Ad Majorem Dei Gloriam, aka "for the greater glory of God."

You probably don't think of maintaining a healthy tan. But maybe that's only if you never met Fr. Lawrence Biondi.

The Lexus-driving, sculpture-buying president of Saint Louis University, who retired in 2013, was known for his golden glow — and, we're told, dogged by rumors that his on-campus manse held a tanning bed.

Which is why tongues started wagging last week when, just months after Biondi was unceremoniously recalled to Chicago, a curious item appeared in a surplus auction of university property: A tanning bed.

An Ultra Mega Max tanning bed, to be precise.

Could the rumors be true? It had a certain logic: The Society of Jesus wouldn't even let Biondi take his hunting equipment or his dogs to Chicago. It's not hard to guess how they'd feel about an Ultra Mega Max.

We reached out to SLU's Office of Communications, and asked both about the tanning bed's origins in general and the possibility it had been Biondi's in particular. Spokesman Jeff Fowler said the university had no additional information to share.

The auction ends next week. But for all the faculty tittering, the spot where Biondi is rumored to have laid his head hasn't had quite the appeal of, say, the Shroud of Turin.

At press time, the highest bid was just eleven cents.