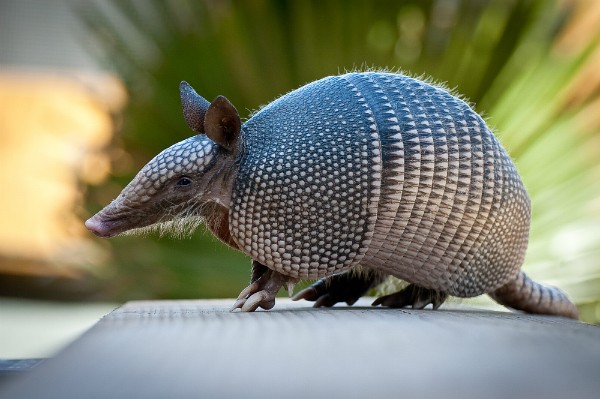 The rise of the armadillos is upon us.

For more than a century, the relentless grub eaters have crawled ever north, crossing nations once thought too distant into new landscapes once thought too cold. Every time biologists thought the bald little tanks had traveled as far as they could go, they swam another river or blindly raced through another field after sunset.

While we were enjoying jacket weather in January, the armadillos were not dying, as traditionally happens in colder seasons. They were instead using their long claws to dig into our unfrozen golf courses and gardens, trapping buried insects behind a cage of peg-like teeth and swallowing them whole.

And so the return of summer has brought them out in full force. Head east, west or south of St. Louis, and their leathery carcasses begin to dominate the sides of the roads like a massacre of tiny dinosaurs.

It’s not that they’re slow runners, but they have nearly useless, pea-sized eyes and a singular focus on hunting down bugs and larvae, including the kinds that congregate in roadkill. Oh, and they jump as a defense mechanism. Yes, jump.

Imagine, if you will, driving through the lonely dark of a Missouri highway when a scaly bowling ball with legs and a pig nose springs into the air and smashes out your headlight. This will have been your introduction to the Nine-Banded Armadillo.

Not everyone is convinced that this year is any worse than others. Andrew Gates of the Missouri Department of Transportation believes that this year seems in line with recent years. He even checked with the department’s head of maintenance to make sure. “He’s not really seeing that much difference,” Gates reports.

But that’s one of the sneaky parts of the slow creep of armadillos across the state. They retreat and surge, taking a decade or two to conquer new regions. They make your hometown their hometown before you realize it.

Once, they were found only in South and Central America, where car-size shells of prehistoric armadillos are sometimes found. They eventually crossed into Texas in the 1800s. The first Missouri sightings in the 1940s were thought to be a fluke — maybe smuggled in as pets or possibly carried north as accidental cargo on trucks. But they were regulars in Southwest Missouri by the 1980s and Central Missouri by the 1990s. In 2000, people began reporting sightings north of the Missouri River.

St. Louis is now regularly on the northern edge of their range, says Fantz, a mammalogist. She thinks of State Highway 50/Interstate 44, the Missouri River and Interstate 70 as rough borders for their northern push, but particularly adventurous members of the species continue to soldier farther.

They don’t hibernate, so a long freeze can push them south, but it’s usually only temporary. String together enough mild winters, and they’ve shown a dogged tendency to travel.

“Over time, over extended time, they might completely cover our state,” Fantz says.

Despite their propensity for jumping to bumper height of speeding SUVs, they have several advantages that keep them plowing forward. They have few to no natural predators. Mothers hatch four, identical babies every year. And they can swim.

If they’re crossing a small stream, they’re heavy enough at twelve to fourteen pounds that they’ll sink, walk across the bottom and emerge on the other side like a cartoon villain. For larger bodies of water, they gulp air, fill up like balloons to make themselves buoyant and use their claw feet to paddle across.

Basically, they’re hard to stop. And they still manage to surprise people in the northern half of the state.

Professional cyclist and St. Louis native Dan Schmatz was racing in the 2007 Tour of Missouri when he slammed into the bony remains of an armadillo near Columbia. The collision at 20 miles per hour threw the 33-year-old rider to the pavement, breaking his collarbone and forcing him out of the race, the Columbia Tribune reported.

Stunned competitors said they had not anticipated the hazard of hard-shelled mammals on the race course.

“I did not know there were armadillos here,” cyclist Will Frischkorn told the Tribune. “Had he not been hurt, it would have been pretty funny.”

Armadillos are of particular interest to researchers studying infectious diseases because they have been know to carry leprosy. But while a small number of armadillo-to-human transmissions of the disease have been reported in Texas and Louisiana, they’re sketchy at best. The leprosy bacteria is nearly impossible to grow in labs, making it tough to study or isolate the cause of transmission. The supposed victims of the disease in the south were thought to be in close contact with armadillos, skinning and eating them.

Fantz doesn’t see leprosy as much of a threat here, but she’d advise against approaching armadillos, much less eating them.

“I’ve dissected an armadillo, and I wouldn’t,” she says. “I don’t think they’d be very tasty.”

IF YOU SEE AN ARMADILLO

The Missouri Department of Conservation is interested in armadillo sightings north of the Missouri River. To report one, email Debra.Fantz@mdc.mo.gov. If you’re having trouble with damage caused by armadillos digging, contact your local MDC office. For the St. Louis area, that’s St. Charles: 636-441-4554.