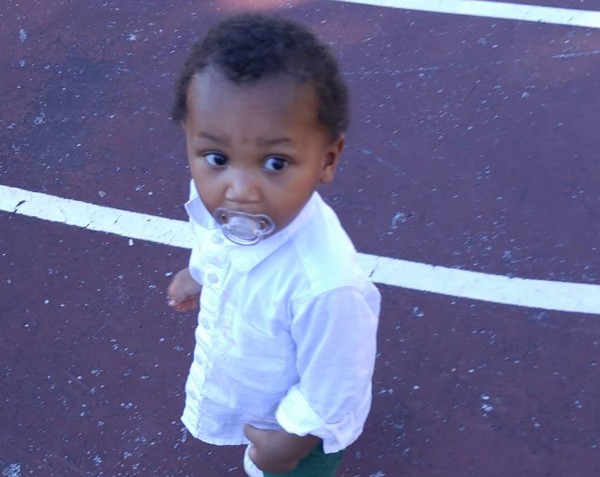 Updated at 5:19 p.m. with more details from police.

A St. Louis man killed his baby today and fled with two of his other young children, police say.

The child was in the mother's arms at the time, Dotson said. An Amber Alert was issued for the boy's missing siblings, but it was canceled shortly before 6 p.m when the children were found safe.

"Violence against children makes you question humanity, so I'm having one of those moments today," the chief said.

Crockett, whose long criminal history includes assault and drug convictions, had argued with the mother in the Bellefontaine Neighbors section of north city, eventually pulling a gun and scaring her into the car, Dotson said. 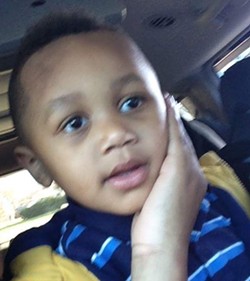 The couple argued as they drove along I-270 with three of their six children. When they exited onto Riverview Boulevard, the wife bolted, clutching baby Reign in her arms. It was about 1 p.m.

A good Samaritan picked up the mother and mortally wounded baby and drove them to the hospital.

Crockett hopped back in the car and chased them at least part of the way as the terrified mother frantically pleaded with the 911 dispatcher for help, Dotson said.

"During this eleven-minute phone conversation that his happening, you hear them say in the car that, 'He's trying to run us off the road. He's trying to cause an accident. He's following us,'" Dotson said.

By the time they reached the hospital, he had disappeared. Reign was confirmed dead shortly after.

Crockett, last seen wearing a lime green shirt and green pants, is believed to be driving a black 2014 Hyundai Sonata with Illinois license plate V44 6952. (Editor's note: The car has since been found in the 2900 block of Caddiefield Road.) Police he took three-year-old Blase Crockett and two-year-old Rycker Crockett with him.

After several frightening hours of searching, the boys were found unharmed at a relative's house in Bellefontaine Neighbors, police say.

The car was a rental, but it doesn't have an OnStar system that would help investigators track it, Dotson said. Authorities are relying on police work and tips from the public to find the wanted father.

The couple has three older children, who were at day care during today's chaos. They were taken into police custody this afternoon and are expected to be released to relatives.

The killing comes less than 48 hours after carjackers shot a young mother dead, forced her pregnant friend out of the car and took off with the dead woman's baby in the backseat. The killers later tossed the baby, still in her car seat, out of the stolen Dodge Charger. The baby survived.