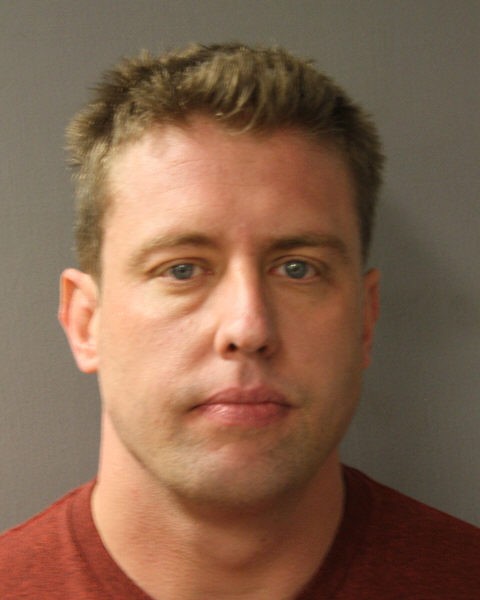 St. Louis police have released a mug shot of ex-cop Jason Stockley, who was charged on Monday with murder.

The former city patrol officer is being held in Harris County, Texas, in the 2011 fatal shooting of Anthony Lamar Smith.

Stockley was recorded on a police SUV dash cam saying "Going to kill this motherfucker, don't you know it," as he and a partner chased Smith through north St. Louis, according to the St. Louis Circuit Attorney's Office.

When Smith pulled over, Stockley says, "Hit him right now," and his partner slammed their SUV into the rental car Smith was driving, authorities say.

Stockley exited the SUV, approached Smith and opened fire, striking him five times, authorities say. Investigators found a gun in the rental car, but a lab analysis found only Stockley's DNA on the weapon.

He resigned from the force in 2013 and was living in Texas when he was arrested by St. Louis police and U.S. Marshals on Monday.