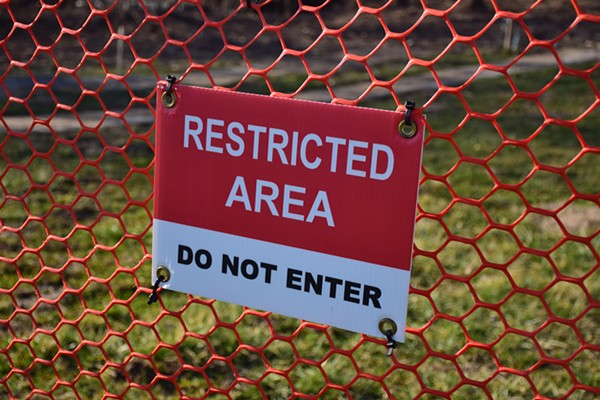 Kim Thone Visitine helps organize a group of 13,000 people who live with the consequences of radioactive materials near Coldwater Creek in north St. Louis County. Many of them have cancer, and many are fighting for increased awareness.

But Visitine doesn’t see a benefit in the recent phone calls asking for donations to help childhood cancer victims in the area. They are, she says, “very misleading." She worries that the donations being solicited aren’t staying in St. Louis at all and are instead going to outsiders.

“We have nothing to do with this, and we don’t want folks to give money,” she says.

On the public Facebook page for Visitine’s group, “Coldwater Creek - Just the Facts Please,” some people report getting calls soliciting funds to, in their words, “hold the EPA accountable for all the childhood cancers caused by the radiation poisoning and burning Bridgeton landfill.” That’s led them to wonder―both publicly on the page, and by contacting the group administrators directly―whether the Coldwater Creek group was involved.

But the solicitation is coming from a New York-based 501(c)(3) called the Center for Health, Environment & Justice, or CHEJ. They aren’t affiliated with “Coldwater Creek - Just the Facts Please,” though they have a partnership with a local nonprofit called Just Moms STL.

Just Moms and “Coldwater Creek - Just the Facts Please” share members, and both groups are at health risk because of their exposure to radiation in north St. Louis County.

However, Just Moms co-founder Dawn Chapman says that the call “isn’t anything to do with Just Moms,” either.

“We don’t go around soliciting,” she says, because the organization isn’t set up for large fundraising. CHEJ, on the other hand, works all over the country. Just Moms didn’t even know that CHEJ was soliciting in the area.

Chapman stresses that CHEJ is a legitimate group and says that she’s pretty sure the confusion is coming from the length of CHEJ’s message. Although she didn’t receive the call herself, she knows it was fairly long; some people hung up the phone before CHEJ identified themselves at the end of the call.

Indeed, while the Bridgeton moms’ group is worried about the waste stored in the West Lake and Bridgeton landfills, they don’t claim to have a childhood cancer cluster. But here’s where it’s gets complicated: Many people who have cancer in that area grew up near Coldwater Creek and later moved to Bridgeton. They trace their health complaints not to the “burning Bridgeton landfill” referenced in the solicitations, but rather to playing in Coldwater Creek years before.

The Coldwater Creek group, which consists of people who grew up in the area decades ago, includes many members who fear their cancer is connected to childhood exposure or who have lost their own children to rare cancers.

From Visitine’s perspective, the CHEJ ad uses her community’s story without their permission. “There’s no kids for this money to go to,” Visitine says. “Nor would we ask for this kind of funding because it’s not warranted.”

Chapman says that when she saw people complaining about the call, she contacted CHEJ. The group promised they would stop soliciting in St. Louis.

Editor's note: We changed one line of this story after publication to clarify the status of childhood cancer clusters in the Coldwater Creek area. We regret the error.