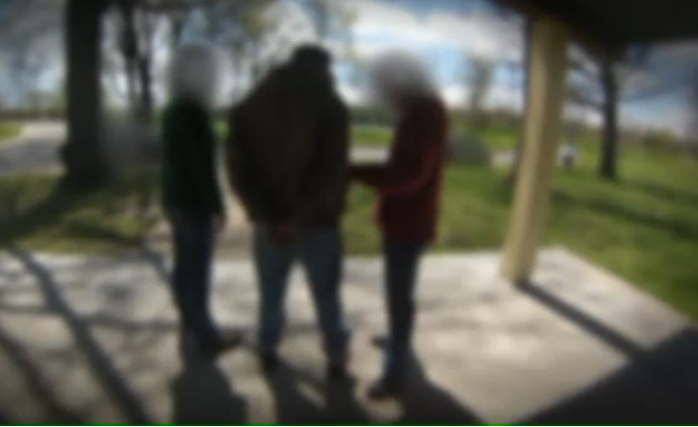 For an alleged den of iniquity, the public bathroom near Willmore Park’s Hampton Avenue entrance is somewhat underwhelming. Partially hidden by a thick line of trees, the squat structure with a pitched roof is easily swallowed by the verdant surroundings. Inside, the men’s room reveals a predictable level of baseline grossness. The concrete floor is a crusty mottle of brown stains.

It was here, however, that St. Louis metro police arrested dozens of men this year, all for engaging in "lewd and indecent conduct" — that's legal-speak for "a bunch of dudes jerking/sucking off each other."

But for Fox2 KTVI, which broke the news of the arrests late last week, the sheer scope of the bathroom shenanigans – 34 arrests since January! Most are married men! — wasn’t enough. Oh no. Not when there were children to think about.

Instead of focusing on what the police found, the story had an odd preoccupation with what they hadn't: the children. Never once did the TV station present any evidence that a child had witnessed the activity in question. Yet the entire story was framed around “what a child might see” entering the bathroom, with the point hammered home in interviews with a police commander and a concerned park goer.

Fox2 reporter Chris Hayes even posited that the city might be dropping the ball for not forcing the men to register as sex offenders. Because, you know, the children.


“Believe it or not, it's not something that is registrable as a sex offense,” Hayes told visibly surprised anchor Sandy Miller after the segment’s conclusion. “We’re going to have to get answers from the city about what’s happening to these cases.”

Yet absent from Hayes’ declaration was any evidence that these men were, well, dangerous. His reporting, drawn from “several days” of observation of the bathroom, detailed an ongoing police operation and the identity of one of the arrestees – but Hayes apparently found no cases of child molestation linked to the bathroom or its publicly shamed patrons.

Hayes' shortcut wasn't simply a reflection of shallow reporting. Jeffrey McCune is an associate professor of Women, Gender and Sexuality Studies at Washington University and author of Sexual Discretion: Black Masculinity and the Politics of Passing. He says the segment's fear-mongering presumptions are echoed in decades of paranoia about gay sex.

“The story, it’s really another moment of marking gay sex as particularly deviant,” says McCune. He notes that public sex is a commonly-enjoyed activity across all sexual orientations, but "people connect the predatory narrative to gay people, and particularly to gay men. It’s a stronghold on this idea, that gay men are going to abuse and molest young children." 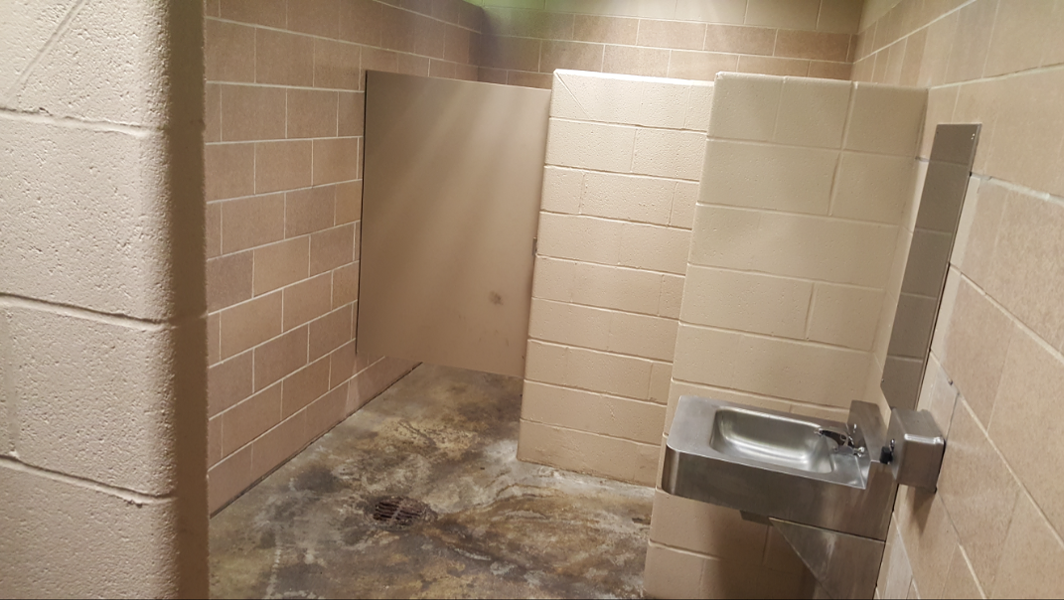 In fact, McCune explains, this is the same predatory narrative fueling the recent panic over transgender access to bathrooms. The lawmakers, pundits and presidential candidates backing these nonsensical restrictions are pushing the same fearful assumptions as the Fox2 segment — in this case, that gay sex in public bathrooms is equally deviant as child molestation.

"Straight people have public sex all the time and it doesn't get put on television and talked about," McCune says. "Same-gender loving people, same-sex having people, they are not deviant. It’s not a category of deviance. But all the 'deviant' folks are put in this box so the narrative can be generated and regenerated. And that's what this story does. It’s convenient."

Indeed, the question of "why do gay men gather in public bathrooms for sex?" is fundamentally different from "do gay men having sex in public bathrooms pose a threat to children?" The former, says McCune, is a function of personal preference (some gay men simply enjoy no-hassle public sex) and necessity (closeted gay men living married/straight lives may lack other options for sexual connections, especially if they fear destroying their family).

And where gay men choose to have sex, he adds, has nothing to do child abuse.

Granted, the Fox2 story did cite a police report describing a man "holding a cell phone with his free hand" watching a "young (girl)" maybe "10 years old …playing with a stuffed animal while fully clothed."

For McCune, the answer is an emphatic no. He faults Hayes and Fox2 for missing the significant logical holes in their story and for parroting bigoted notions about gay men stalking bathrooms for victims.

Indeed, instead of supporting the conclusion with further evidence, the Fox2 piece ends with a quote from a random dog-walker worried about hypothetical kids being "scarred for life" by the sight of gay men engaged in consensual sex.

In this light, Hayes' vow to hound St. Louis city for info about the arrested men sounds less like watchdog journalism and more like a public shaming campaign.

Now, Hayes is no slouch. He's a veteran investigative reporter — and one of the best in town. But a watchdog is supposed to seek out actual danger and corruption. At Fox2, one of their best bloodhounds appears to have gotten lost in the weeds.