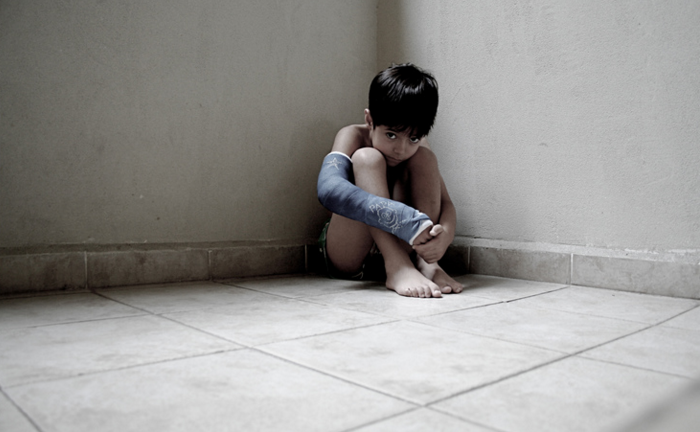 It's that time of year again. As is its legislative tradition, Missouri is currently neck-deep in its annual display of mean-spirited "religious freedom" lawmaking, and the results have been particularly nasty this year.

But wait! Amid all the talk of jailing Planned Parenthood execs and legalizing bigotry, it would be easy to forget that Missouri has long distinguished itself as a defender of religious liberty — especially for workers at religious day cares who want to strike kids with a paddle or administer painful (but invisible) "banana pinches" to the skin between the thigh and butt cheek.

As noted in a three-part series published this week in the investigative journalism platform Reveal, Missouri is among only a handful of states that provide a religious loophole for corporal punishment. Under Missouri law, a day care "maintained or operated under the exclusive control of a religious organization" is excluded from the license requirements levied on secular childcare providers.

Across the U.S., Reveal's investigation "found that hundreds of religious day cares exploited corporal punishment rules. In case after case, they downplayed to parents how harshly children would be disciplined, disregarded parents’ edicts against physical punishment or lied about policies and practices. Regulators often were powerless to address the problems."

That last point bears repeating: Even in cases where claims of physical abuse are substantiated, regulators can do virtually nothing to stop them. In 2013, Fox 2's Chris Hayes broke the news that workers for a south county day care had filed formal complaints against their employer, Twin Rivers Worship Center, for allowing staff to discipline children by flicking them in the face and placing them in dark rooms.

The day care, however, didn't need to worry about receiving any discipline from the state. Go figure.


If you can stomach it, the rest of Reveal's investigation is well-worth the read. Check out the full report, "The God Loophole," here.