St. Louis Mayor Francis Slay Will Not Run for Reelection 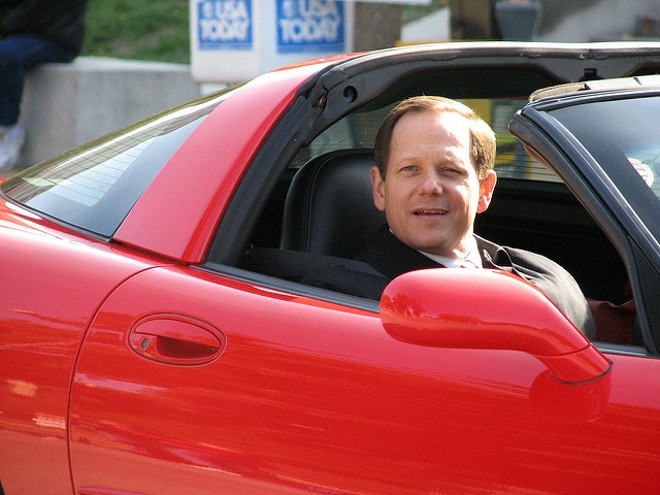 Francis Slay, the longest serving mayor in St. Louis history, is ready to hang up his spurs.

During a surprise press conference this morning, Slay stood alone behind a podium and read from a prepared statement to reporters. First, he remarked that St. Louis had managed to win back "some of its swagger." He said that voters' overwhelming rejection of an ill-conceived repeal of the city's earnings tax was "one of my proudest moments as mayor."

Slay then added, "I will not be a candidate for mayor next year."

Slay's announcement comes as a surprise. Just last week, he told St. Louis Public Radio’s Jason Rosenbaum and Jo Mannies that he was preparing for the 2017 campaign.

"I don't take this job for granted," Slay said at the time.

During today's announcement, Slay clarified that his decision is not related to his health, and that he will finish his current term. He also noted that he told his family just last night — raising questions of what changed, and changed so suddenly.

Slay said he is still considering whether to run for another public office.

The news, of course, is sparking speculation (and excitement) for the coming elections. Circuit Attorney Jennifer Joyce, who has held the office since 2000, announced in July that she would not be seeking reelection in 2016. Now, with Slay's exit, two of the most important leadership positions in St. Louis — arguably the most influential — are up for grabs. And there is surely no shortage of possible contenders.

Circuit attorney and now the mayor. I'm so ready for what's about to happen in STL.

But if you thought our current presidential election drama was exhausting, get ready. You ain't seen nothin' yet.