10 Things We Could Do with the Bevo Mill 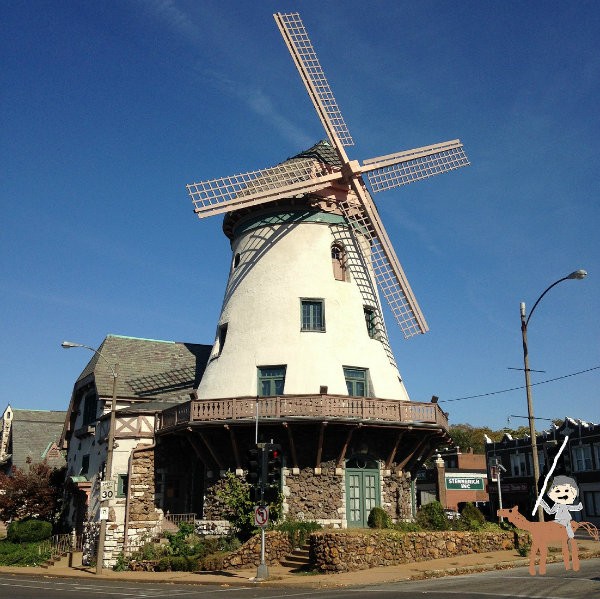 So we got to thinking. Here are ten modest proposals for St. Louis' favorite old windmill.

10. Turn it into a giant bounce house. Who hasn't dreamt of leaping up into that giant dome?

9. Remodel it into a state-of-the-art football stadium. And by football, we mean, of course, soccer. Isn't the MLS looking for a new home in St. Louis?

8. Transform it into a Sleepy Hollow-theme hotel (the good Tim Burton one, not the shitty TV show).

7. Turn it into Man of La Muncho, a fast-casual Spanish restaurant. Try the gigante Sancho Flanza, the largest custard-based dessert in the world.

6. Install it on the roof of City Hall and convert the building to wind power. Once configured, the wind wouldn't just be coming from outside the building; one meeting of the Board of Aldermen could power the city for five months.

5. Mount it atop the U. City trolley as a hood ornament.

4. Soup that shit up and use the increased power to blow out that Bridgeton Landfill Fire, for once and for all.

3. Give it a decent Christian burial, then throw up three nail salons and a couple cell phone stores in its place. It's the St. Louis way.

2. Give it an indecent Christian burial, then wait for the undead corpse to rise and wander the streets of south St. Louis. By that point it'll be someone else's problem.

1. "St. Louis' hottest club is the Bevo Mill. This club has everything: Four banquet halls, an antler motif, Bosnians, the piped-in aroma of sauerbraten, creepy garden gnomes, all-you-can-drink mimosas." Because, let's face it: even Stefon couldn't make this place up.