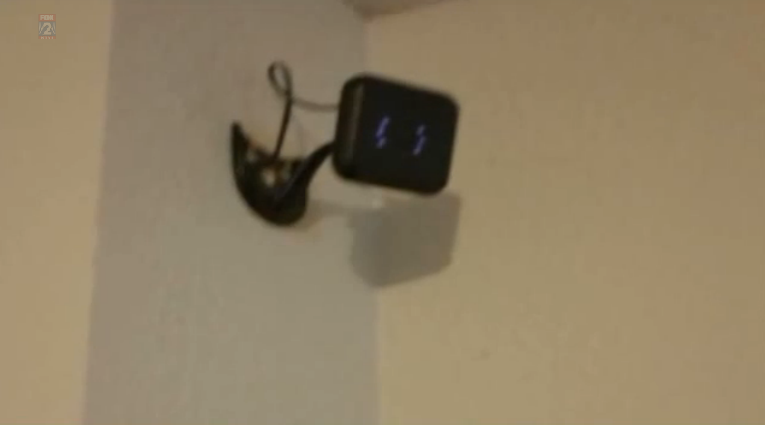 Fighting with your landlord over a leaking toilet or a rattling fridge is one thing, but one tenant in Warrenton, about an hour's drive west of St. Louis, claims her landlord installed a security camera in her rented room and then insisted it wasn't a big deal.

As KTVI Fox 2 reports, Shea Page found a $300-per-month basement room on Craigslist. She says she didn't see anything amiss during a tour with landlord.

However, one week after moving in, Page's sister stopped by for a visit and noticed something hanging from the wall.  It was a surveillance camera.

"You can see see everything, you can see me changing," said Page, who is four months pregnant. "It's scary, and I'm not OK with raising my kid with a camera in the room."

In a video embedded with the KTVI story, the camera can be seen mounted to a wall opposite Page's bed. The camera also appears to be pointed toward the part of the room where Page says she gets dressed.

"She came over and looked at the place, and actually she is in a living room setting downstairs. It's like a rec room. The camera was there when she moved in," Scott said, adding later, "It's not in her space, the camera points to the point of entry."

Scott's argument is pretty weak and, honestly, a pretty dumb response for any landlord to make. As KTVI notes, a tenant is legally entitled to privacy — regardless of whether the camera was already installed in the creepy Craigslist basement room.

In any case, KTVI reports that Scott is pro-rating the rest of Page's rent.

And as for Page — she's moving out. We can't blame her.