St. Louis Is One of the Best Cities in the U.S. to Celebrate Easter 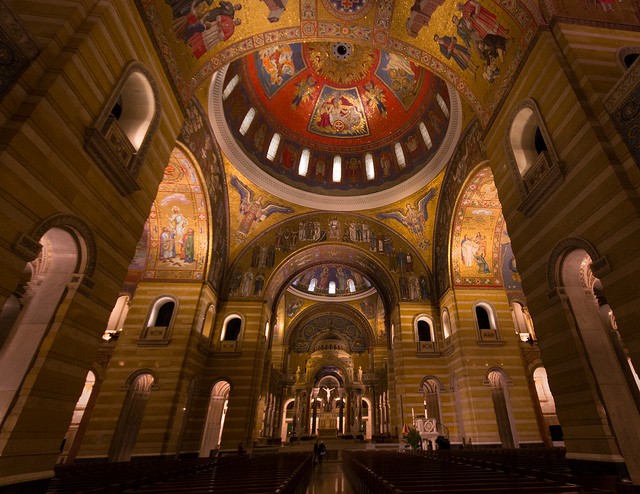 It's that we have so many churches, so many Easter egg hunts and so many flower shops. Add all those things up, and whether you're secular or religious, you can't argue with the fact that St. Louis is one of the best cities to celebrate Easter in the entire U.S.

That's according to the number-crunchers over at WalletHub, who named St. Louis the second-best city for Easter in the entire country — second only to Pittsburgh and easily topping Orlando, Cincinnati, Birmingham and Atlanta.

(Some of those were ties: On the number of churches per capita, for example, we tied with Birmingham and Cincinnati for the most in the land. Who knew?)

The only reason Pittsburgh beat us for the No. 1 spot, in fact, is that our weather generally sucks on Easter. This year is no exception: We're looking at a 70 percent chance of rain on Sunday.

But hey, who needs sunshine when you've got so many places of worship to celebrate Christ's resurrection? And who cares about good weather when there are brightly colored eggs to hunt?