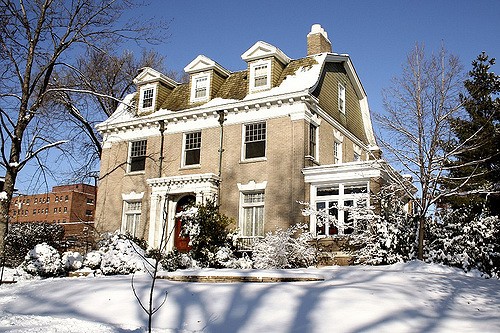 They said this would be a hot year for St. Louis real estate — and they weren't kidding.

For John Gormley, the association's CEO, the news is nothing but good. "Prices are continuing to climb at the same time the days on the market are dropping," he tells us. "And this is normally the slow time. Spring and summer are typically the busy time. That makes us wonder what that's going to look like."

And while west county ZIP codes like Crestwood's 63126 have proven predictably hot hot hot, it's not just the 'burbs that are booming. "In Ballwin, the inventory is very low, so that's going to continue to create even more pressure," Gormley says. "You'll see some intense competition for properties there. But even downtown St. Louis is having a resurgence. You're seeing the boomers continuing to buy places in the city. They like the city lifestyle."

But perhaps this is the best news of all: Even with rising home prices, everyone from retirees to millennials can afford to buy in. Sixty-two percent of the homes sold in February were $199,000 or less.