Bill Would Make the Cardinals the Official MLB Team of Missouri (Suck it, Royals!) 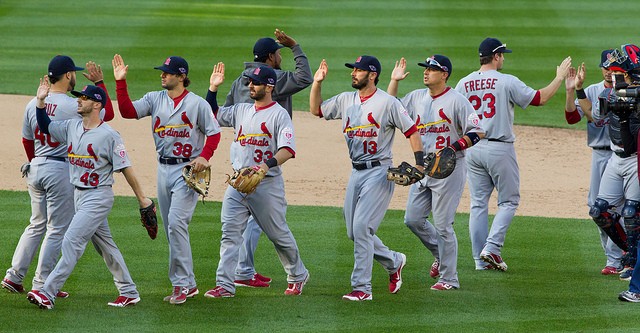 The St. Louis Cardinals did not win the World Series last year. That doesn't seem right or fair, but we don't swing the bats or make the rules.

Even though the Cardinals couldn't get it done on the field, state Representative Courtney Curtis (D-Ferguson) has stepped up to the plate and filed a bill to make the Cardinals the official Major League team of Missouri.

The language of the bill, HB 2831, is respectful and simple. Only one sentence in length, the bill's brevity hearkens back to a better time in America, when legislation had heart, you know? Put simply, this is the best bill in baseball:

Now, before you thin-skinned Royals fans start raising a ruckus about wasting taxpayer resources, we should note that the Missouri House has a rich tradition of filing transparently frivolous legislation.

And really, isn't tradition what makes the Cardinals truly great? Well, that and its fans, of course.