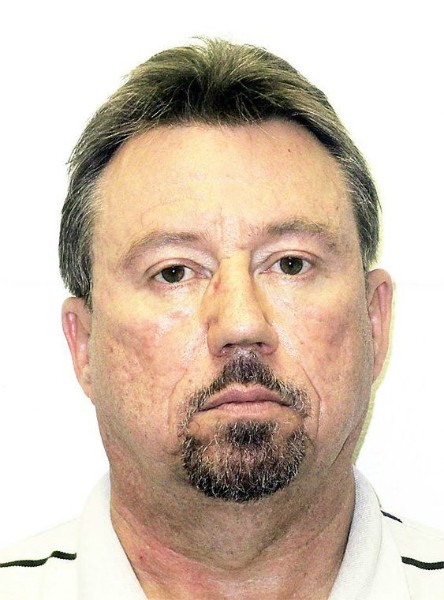 A rural Missouri sheriff’s deputy was a predator with a badge, sexually abusing four women and luring an underage girl into prostitution during a twisted two-year run patrolling the streets, according to a federal indictment.

Marty Rainey, wearing an orange jumpsuit, was led shackled into the federal courthouse on Friday in St. Louis.

The 52-year-old resigned under fire from the Gasconade County Sheriff’s Office in 2012 after a mental health counselor claimed Rainey and a buddy had engaged in some suspect sexual relations with one of the counselor’s clients. He was finally charged in January 2015 in state court after other women came forward with horror stories of coercion, abuse and rape.

His friend, John Pohlmann, was also arrested in January and charged with statutory rape, sexual assault and use of a child in a sexual performance.

The federal indictment names only Rainey and is short on details, but a woman who claims she was abused by him described a long-running nightmare in a civil lawsuit filed last year. The woman, identified only as “Jane Doe” in court papers, claims Rainey got her phone number and address in 2012 when she contacted the sheriff’s office to see if an order had been served to her estranged husband. During the next month, Rainey called the woman 87 times and sent her 1,288 text messages, many of which were sexually explicit, according to the suit.

The woman claims he threatened to arrest her husband on bogus charges if she didn’t sleep with him. Rainey, wearing his deputy uniform, eventually picked her up and took her to a motel, where the woman says he drugged her, laid his pistol on a nightstand with the barrel facing her and forced her to have sex.

The woman is suing Rainey as well as Gasconade County and Sheriff Randy Esphorst, whom she says should have known the deputy was dangerous. The county and Esphorst have denied responsibility. Rainey denies all the allegations.

The case sounds an eerie echo to that of former Oklahoma City cop Daniel Holtzclaw, who was sentenced in January to 263 years in prison for using his authority to rape black women in poor neighborhoods.

Rainey, who also worked for police forces in Hermann and Rosebud, said little on Friday in St. Louis, answering “yes, your honor,” to Judge John Bodenhausen’s questions. He asked the judge to appoint him a public defender and asked how his state charges might affect Bodenhausen’s decision whether to release him in the future on bond.

“I’m still on bond for the state for the same charges,” he told the judge, adding that the charges had been percolating for about three years.