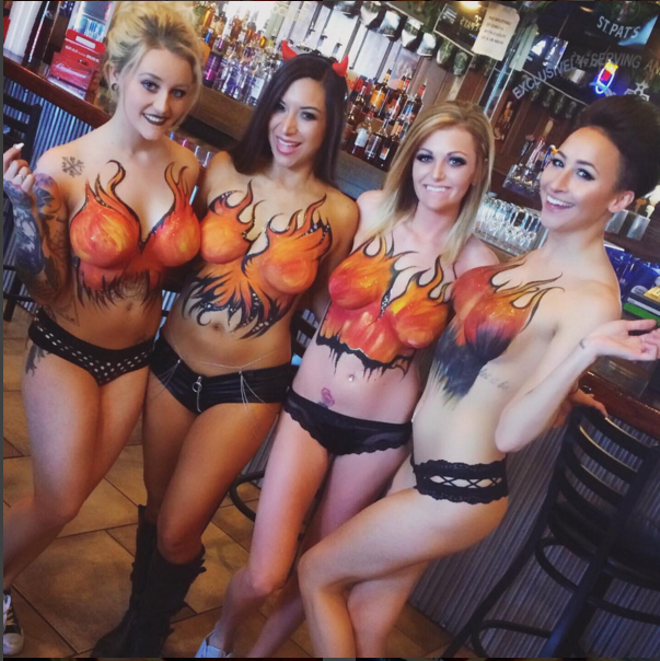 Social House II — an outpost of the Soulard bar known for its servers wearing body paint and little else — opened its doors Friday at 6665 Delmar.

On that night, at least, the servers weren't wearing body paint. They were wearing black leotards.

And for the newest bar in the Loop, it's not quite as simple as turning on the lights and preparing to serve some drinks. In fact, by opening, the bar is basically daring the city to shut it down.

That's because the venture — which is located in the home of the former Market Pub House, which closed in January — does not have the city's blessing. 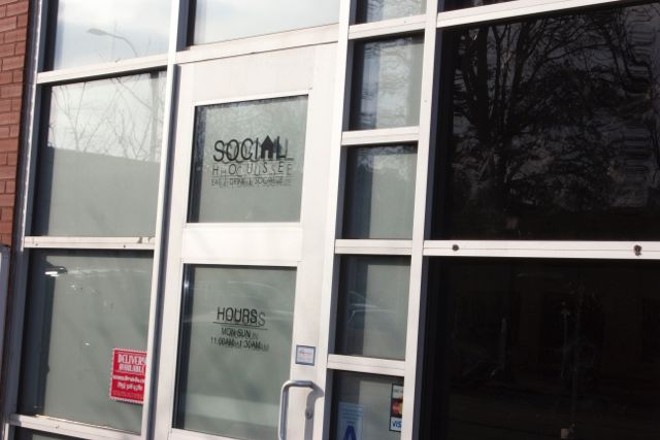 Through his lawyer, Albert Watkins, owner John Racanelli has insisted that he has every right to open the new concept. The city of University City has been just as insistent that he does not.

The underlying problem is clearly body paint, or rather the fact that only body paint will be covering nipples and torsos — the city even passed a resolution in opposition to the bar.

But whether Racanelli can open the bar hinges on a much more pedantic question: Is Social House II a new business, separate and distinct from Market Pub House, which Racanelli closed in January after six years? Or is it merely a new name for an ongoing operation?

Racanelli says it's the latter, and to that end, filed documents to amend his commercial occupancy permit earlier this week. But the city rejected the application, noting, "This is a new restaurant business, not an amended permit."

The city's director of community development, Andrea Riganti, did not respond to a voice mail and email seeking comment earlier today.

Watkins has suggested that if the city blocks the bar from opening, it could trigger litigation. In his email to Riganti, he seemed to hint at just that, writing,


Social House II is not a new restaurant business. It is simply a new and duly registered fictitious name under which the existing restaurant business is operating. As a result, no new COP is required. The appropriate application has been filed and the appropriate fee has been paid. Demand is hereby made for you to cause same to be processed. There is no discretion permitted in this regard.

... [Racanelli's LLC] has strictly complied with all licensure conditions precedent to operation. As you are aware, the exploitive use of an official office position to further a personal agenda places in significant legal peril the public official effectuating the exploitive conduct.

Stay tuned, because we suspect there will be much more to this story.

The city tells the Post-Dispatch they're seeking an injunction to close the bar. They're also pursuing a separate path to take away its liquor license. They'll vote on the latter at a meeting tonight; if they vote to take the license away, there would be a three-day period before its removal goes into effect.

We stopped by around 2:30 p.m. on Monday, and the bar was not only open — but there were quite a few customers in there, even at that slightly random hour. We'll continue to monitor the situation.