House Bill Would Let St. Louis Split from the State of Missouri 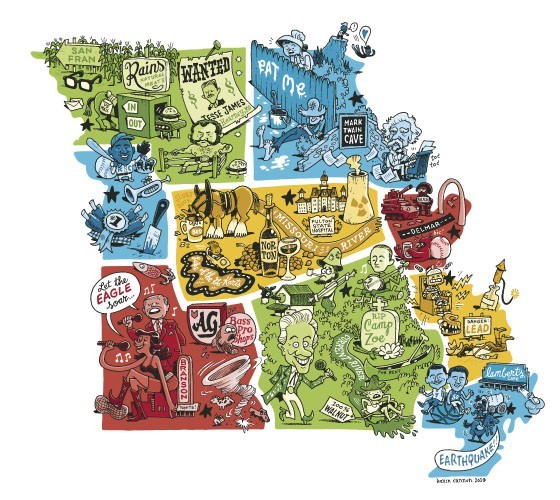 A resolution filed by Rep. Mike Colona (D-St. Louis) aims to do just that — dividing the city of St. Louis and the rest of Missouri “into two separate states” and asking the President to give his blessings to the split.

The bill was born out of “urban legislators’ frustration in moving things forward,” Colona says, citing specifically the expansion of Medicaid, treatment of LGBT citizens and gun laws. While he understands that disagreement is to be expected among members of the Missouri General Assembly, his frustration stems from not being able even to hold hearings on legislation that would benefit districts like his, which includes the Shaw and Tower Grove neighborhoods, as well as The Hill.

He adds, “I just don’t think we’re doing folks in the metro areas the courtesy they deserve. We’ve been stuck in a rut for too long.”

See also: The Nine Distinct States That Make Up Missouri

Rep. Mark Parkinson (R-St. Charles), described by Colona as one of the General Assembly’s more conservative members, wrote on Colona’s Facebook page in support of the resolution. “I’ve been advocating this for years,” Parkinson posted above a picture of a letter he sent to House Speaker Todd Richardson asking for the resolution to be sent to committee.

The text of Colona's resolution paints the split as a win-win: “Whereas, the State of Missouri is functional to the extent that its people agree on politics, society and economics; an [w]hereas, the people who constitute the majority of the City of St. Louis and the people who constitute the remaining portion of the state hold different and firmly seated views on there important questions; and [w]hereas both groups should enjoy the chance to govern themselves with their firmly seated values.”

The resolution goes on to ask for the Missouri House and Senate to put forth a referendum to voters to gauge interest in splitting St. Louis from the rest of the state. If approved, the resolution then urges the United States Congress to pass a bill splitting the city off from the rest of the state — all necessary steps to form a new state out of an existing one, according to the U.S. Constitution.

While he doesn’t expect the bill to pass, Colona says he hopes that it will raise awareness. He dismissed worries that a resolution with little chance of passage would be a waste of time and money. Similar resolutions have been drawn up in the past, he said, and a template for such legislation was easy to find.